Dr Georgina Binnie is an Impact and Research Fellow at the University of Leeds' Faculty of Arts, Humanities and Cultures. Her Writing Back project was shortlisted for the NCCPE Engage Award 2016 in the Individual-Led Projects category.

The art of letter writing

When, as a student herself, Georgina Binnie began writing to her grandmother whilst at University, little did she know it would lead to the launch of a successful engagement project to help tackle loneliness.

Universities can be scary places for many students. Isolated from the family for the first time…in a place you don’t know…among people you have never met, students can struggle to make connections. Loneliness doesn’t just affect students, but older people too, who can be isolated in their communities.

Georgina’s inspired insight to these age-old problems was to realise there was an opportunity to link fresh undergraduates adjusting to their new lives, with older established residents who may have spent a lifetime living in the locality. The method by which she decided to link them harked back to a dying art…the art of letter writing.

Her desire to maintain strong ties with her grandmother through her letter-writing, echoes her passion today for ensuring her research projects consistently connect with people.

“Public engagement is just hugely important for my work and for the university as a whole”, she reflects. “It has always gone hand in hand. We now have a dedicated public engagement team who’re really supportive of what we do.”

Writing Back connects old and young people as pen pals. Launched in Leeds in 2014, it is now entering its fourth year, with more than two hundred people taking part this time.

Dr Binnie used to be a volunteer ‘befriender’ at a care home.  It was an experience out in the community which further kindled her desire to understand how to connect with people who may be lonely.

She explained: “Seeing residents without regular visitors inspired me to think about the means of communication that might be appropriate for engaging with older, local people who were within a close proximity to our University.”

She transferred her insight from the volunteering work across to her University research. “Having regularly taught undergraduate students in my department I was aware of the academic pressures that our students face and the isolation that they can experience when away from home. I felt that these initially seemingly disparate groups had far more in common that social conventions might dictate,” she added. 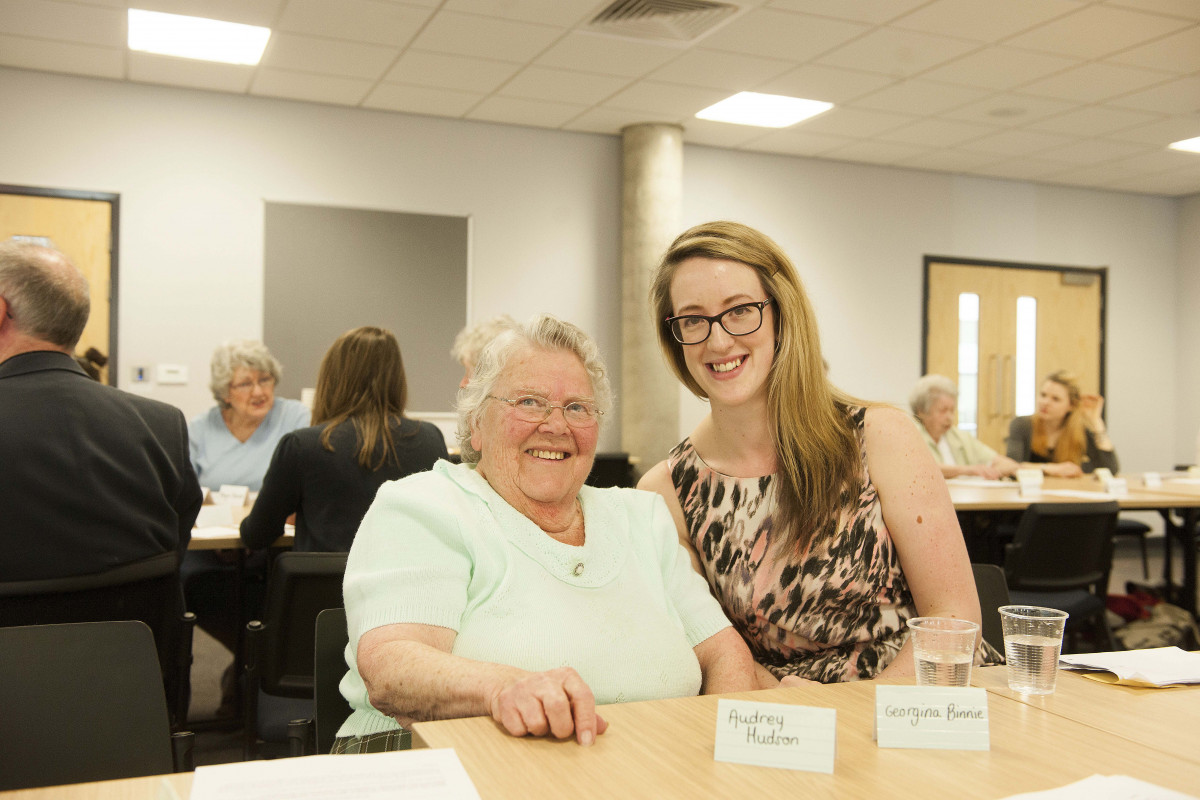 In Writing Back engagement occurs on a number of levels. In the early stages, as students and their older pen pals get to know each other, there’s knowledge transfer sparked by archive photographs supplied by local partner institutions.  The older generation will reference the photographs to talk about how the area has changed, while the students begin to understand the history of their new area.

The use of photographic archives in order to spark memories and dialogue was inspired by her PhD in James Joyce and Photography. “I’ve always been fascinated by the history of photography”, she adds.

Engaging the younger students proved easier than first thought. Said Dr Binnie: “Both students and older pen pals find the letter writing therapeutic. It gets them to turn off their laptops and mobile phones. It has a nostalgia about it. It also makes the students feel more a part of where they now live.”

In the Writing Back project, the marriage between research and the public’s involvement might appear seamless, yet it belies a great deal of hard work. The rewards though are satisfying for Dr Binnie and the project participants, inspiring her to carry on improving the methodology and quality of the data.

What is satisfying, too, is that the letters themselves are becoming a form of archive, providing a narrative of the project and capturing memories and personal stories.

Dr Binnie’s caring approach to the cross-generational challenge of loneliness is matched with a steely determination to adapt the project in order to continually improve the quality of the data, providing research insights into loneliness. Loneliness is notoriously difficult to evaluate. However, through a combination of a loneliness measurement tool combined with questionnaire-based assessments of the individuals, she is developing a picture of how the project is having an impact on loneliness. And she keeps coming back too – it is now in its fourth year, a real testament to her leadership in evolving and growing the scheme.

A study by the Mental Health Foundation in 2010 showed – perhaps surprisingly – that 18 to 34 year olds were more likely to feel lonely than their older counterparts.

The feedback from the third year of Writing Back participants would seem to support this. A quarter of the older pen pals who responded to a questionnaire said they sometimes (or often) felt lonely compared to 62% of students involved.

The project’s formal aim is to increase the emotional well-being of the participants by creating friendships…and, it seems to have been a big success so far. Each year it develops and more and more participants are joining – up from 28 in the first pilot to more than 200 this year. The project is aiming to work with more housebound participants, while also ensuring it is encouraging the loneliest of participants to take part in future.

Georgina adds: “The experiences of current participants suggest that there is a significant scope for cross-generational communication to be used to target homesickness, to encourage mutual learning and to aid the development and formation of friendships. The letters exchanged during Writing Back indicate that the letter has a universal and nostalgic function that cannot be readily replicated in an alternative technological form.”

The pen pals are given an opportunity to meet and some stay in touch. “We had one pair of pen pals who went walking in the Peak District together, and others have provided support – such as offering advice on housing, for example”, added Georgina.

Letters from the Writing Back project were dramatized and turned into a new production performed by an intergenerational theatre group in Leeds, at the Headingley Arts Centre, in summer 2017. The drama group Fall Into Place is, in itself, another means of fostering friendships between young and old.

What began as a private exchange of letters between young and old is now very much in the public domain.

19 / 09 / 2020
With the deadline for submission of KEF narratives looming, the NCCPE recently ran a workshop for staff working on the Public and Community Engagement perspective. The workshop was a chance to share...
Read more 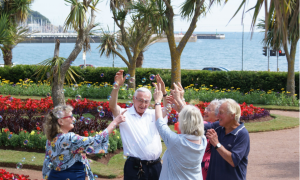 Public and Community Engagement and the KEF: The University of Plymouth story

09 / 09 / 2020
Allice Hocking, Head of Research Impact and Partnerships at the University of Plymouth, reflects on their experience of preparing a KEF PCE narrative.
Read more

Freelance roles available at the NCCPE

Book now for our programme of online training courses