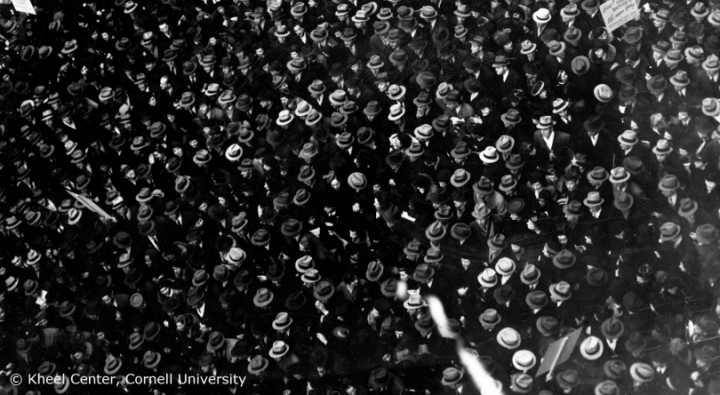 Keri Facer, Professor of Educational and Social Futures at the University of Bristol, explores how universities need to address inequalities in society through a more holistic approach, if the promise of engagement is to be realised.

The last two decades have seen researchers, activists, and professionals with an interest in engagement push for ever closer collaboration with communities in the research process. Arnstein’s ladder of participation is rolled out regularly to point out the evident power imbalances between researchers and communities, and to make the case that tokenistic consultation doesn’t equate to meaningful participation. The demand for ‘co-production’ is appearing more frequently in funding calls across the full range of research councils. And underpinning all of this is the argument that these engaged research processes are necessary to increase democratic accountability to the public.

What all of this seems to imply is that there are certain methods of public participation in the research process that are, in themselves, ‘A Good Thing’; and that the closer we get to co-production (in which organisations and individuals outside universities share power with researchers in determining research designs), the more research programmes will contribute to the wider public good.

Is this necessarily the case?

Despite the fact that I co-lead a research programme [1] that is committed to ‘researching community with communities’, and despite the fact that I see powerful evidence that communities beyond the walls of the university are hugely important resources of insight and expertise on any number of issues, I am increasingly uncomfortable with this growing orthodoxy that co-produced research methods necessarily serve the elusive ‘public good’ better than others.

My concern centres on two simple observations:
– Observation 1: there were 181,385 academics in the UK in 2011/2012 [2] (compare this with the NHS which employs 1.7m people) and around 62million people in the population.
– Observation 2: to those who already have, more tends to be given (unless people fight really hard against it).

Let’s imagine, therefore, that every research project in the UK were required to be co-produced – from undergraduate dissertations to large research council funding programmes. Given these numbers, even the wholescale transition of university research to co-produced methods would lead to only a limited number of people in the population actually being involved in setting research agendas, defining research questions and shaping research projects. As Nick Mahony and his colleagues at the OU remind us, the ‘engaged’ university does not simply make visible a pre-existent public, rather, it actively brings particular ideas of ‘the public’ into being through processes of selection, exclusion and representation.

The key question we need to ask ourselves, therefore, is ‘who is this ‘public’ with whom researchers should co-produce research?’ And to what extent do these created publics constitute a step towards a research culture that produces ‘the public good’?

Too often, however, and for entirely understandable reasons relating to the pressures of academic life, difficulties of forming new relationships and the challenges of negotiating research designs, the answer to this question is that co-production tends to involve collaboration with anyone who academics and universities find it easy or financially viable to work with.  In other words, those people and groups who have the cash and time to spare; those people in companies, organisations and civil society groups who are not too unlike the researchers themselves; those people with whom researchers have friendships or out of work collaborations; or those who are equally exercised by the same problems as the academics.

One risk around co-production, therefore, is that rather than diversifying research agendas, it both erodes the principle of academic autonomy (including the autonomy that has historically allowed some academics the freedom to fight on behalf of and alongside those groups who were historically exploited) while further consolidating research knowledge in the hands of the middle classes, intelligentsia and elites who have the time and resources to participate.

The consequence of this is that co-produced research that extends only to a limited pool of collaborators may contribute neither novel insights and democratic accountability (the rationale for co-production) nor high quality blue skies research (the rationale for continued public expenditure on university-based rather than industrial research). It may also militate against the sort of large scale, deeply traditional empirical research that can serve as powerful resources for social movements and civil society groups.

We can’t, however, simply try to turn back the clock and make the argument that the safe thing to do in these circumstances is for universities to claim to ‘speak for’ the people. We have seen the costs of that approach – whether in under-representation of patients’ actual concerns in medical research or the sort of exploitative hit and run anthropology that created stellar careers and damaged communities. No, the lessons have been learned from that sort of disregard for both the needs and expertise of people ‘beyond the university walls’.

Instead, it seems that we should broadly welcome the focus on co-production in so far as it represents an impetus to engaging with and diversifying the insights that drive research agendas. To ensure that this impetus is further developed, however, we might want to do two things:

First, we might want to banish all use of terms such as ‘community partners’ and ‘beneficiaries’ in funding calls, research council proclamations and researchers’ proposals. These generalising terms risk obscuring the origins and identities of research collaborators and therefore obscuring the economic, political and cultural nature of the co-produced research. Instead, a more nuanced and fine-grained discussion of who is being involved in engaged research might open up debate about where priorities and funding should be directed. This might be quantified and visualised – just how many research collaborators on funded projects actually came from minority ethnic groups, how many came from communities with multiple-levels of deprivation, how many were known to researchers before submitting the funding?

Second, if the aspiration is to create a more democratically accountable research culture, then it may not be the research arena that ultimately matters. Instead, we may want to create the conditions – funding structures, scholarly infrastructure, public (dare we say it, continuing?) education – that would enable individuals of all ages from historically marginalised groups to become leaders of research in future. The challenge here is not to work out how the university might ‘engage’ with the public, but to create ways in which myriad excluded groups might ‘become the university’ [3] themselves.

Of course, there’s also a case for saying that we should stop treating a particular approach to research (co-production) as a panacea for a much more fundamental problem; namely, that our contemporary research cultures and institutions are no match, at present, for the radical and increasing inequalities beyond university walls. If these inequalities are truly our concern, we might do better to start from naming and analysing the causes of and strategies to address those inequalities. This, of course, researchers would need to do in collaboration with both elite and excluded communities – but the co-produced research that would necessarily follow would be driven not by the inane desire to pursue a particular research method to fulfil an agenda of spurious accountability, but instead by the powerful awareness that these are problems that cannot be solved by academics alone.

Join in the conversation. Share your views on what you think the engaged university could look like in 2025.