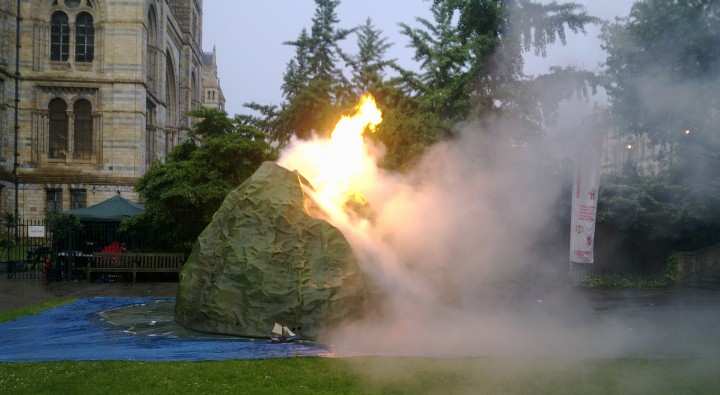 I was delighted to be a part of the launch event for Universities Week – a celebration of public engagement with research that runs from 9 -15th June. Researchers from across the UK were there in force, providing a range of interactive opportunities to engage with their research. All day the researchers had been engaging with the public and school groups – offering a diversity of experiences – and enthusing and inspiring people with some of the amazing research happening in universities across the UK. Over the week, different teams of researchers will be participating in the event, ensuring that the public have an opportunity to engage with a wide range of inspiring topics, from 45 universities across the UK. However that is only one part of the week – with over 250 events across over 100 universities engaging the public in their research, ensuring the people across the UK have the opportunity to get involved.

The launch event had a packed agenda – with a talk from David Willets, keen to emphasise the important role of research in the UK, who seemed captivated by the engagement at the event; a volcanic eruption courtesy of University of East Anglia, which saw delegates brave the torrential rain to witness the event, sharing the umbrellas providing a particularly nice way to engage with people you did not yet know; the launch of the University Museums Group film which celebrates the significant role of university museums in engaging the public with their collections; an opportunity to exercise your brain and your body exploring the story of the fruit smoothie with the University of Reading; a pop up theatre that saw Queen Elizabeth 1 descend on the delegates and demand an audience with the University of Sussex; and a range of personal encounters with researchers keen to share their passion, and their research. 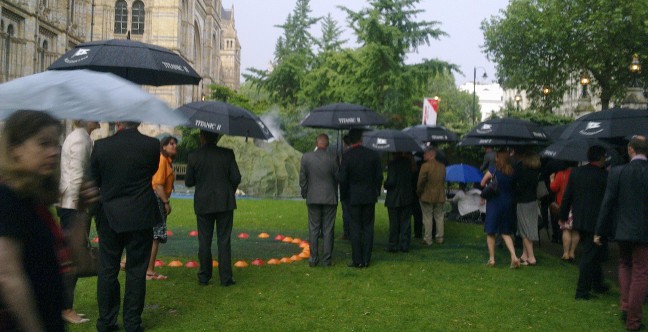 I had the opportunity to find out about new ways to create digital images of 3D objects, used to create replicas of precious artefacts for exhibition and exploration with the University of Brighton; had my fingerprints taken at a forensic science scene hosted by the University of Staffordshire; saw the replica Bloodhound; and sadly missed many other opportunities to engage including meeting the beautiful robot who seemed able to respond in a human way to those she met, and the opportunity to enter the intimate theatre with the enticing title ‘the thing is’ – where researchers from UCL apparently tell stories based around single objects.

The NCCPE were pleased to be a part of making Universities Week this year, a real opportunity to engage the public with research. We want to thank the many people who were involved in shaping the week – from those who participated in the workshop in March last year; those who engaged in the training events; and the many people who have responded to the call to engage with the public. Whilst engagement takes many forms and has many different purposes, it was wonderful to see a variety of approaches to inspiring the public being offered over the week – and we hope that the week will provide a unique opportunity to celebrate the effective public engagement activity that is inspired in universities across the UK. As part of this we are looking forward to announcing the winners of the NCCPE Engage Competition 2014 as part of Universities Week – which will provide an opportunity to celebrate the diversity of approaches to engagement developed by universities and their partners.

To get the full flavour of the Universities Week event I would really encourage you to drop into the Natural History Museum over the coming week and encourage your friends and families to do the same. You can participate during the day or at the NHM late this Wednesday (11th), when the museum will be open from 6-10pm. A highlight at the late event is the opportunity to meet some of the finalists for the National Engage Award, the results of which will be announced earlier in the day. You can see who is in the running here. Or check out the events database on the Universities Week website – where  you can find out about opportunities near you. I am sure you won’t be disappointed.

Are you taking part in Universities Week? Let us know what you are doing by leaving a comment below.