Skip to main content
Home › What's new › Blog › Talking across space – how do we engage across great distances?

Talking across space – how do we engage across great distances? 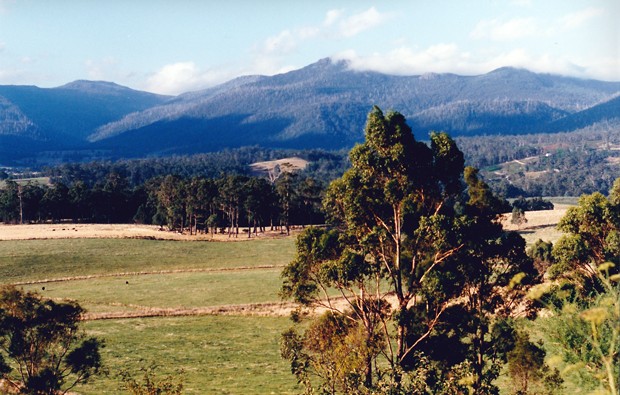 In the run up to our Engage 2014 conference, we are exploring the conference themes of 'Captivating places; Captivating ideas; Captivating people: Unlocking the potential of curiosity-driven engagement'. Here, Louella McCarthy, Graduate School of Medicine at University of Wollongong, shares her thoughts on engaging with people over great distances.

One quintessential element of our 21st century world is communication. The time it took to communicate across great distances in an earlier age can be greeted with incredulity today. Distance, we like to think, has been conquered.

It’s true we can now talk across space in ‘real time’. We no longer have to wait to learn how our friends and families are doing, wherever they may be on the planet. But we have not conquered distance. In Australia we have quite a lot of space: vast distances that communication technologies have reduced, but not altogether eliminated. Distance shapes our society.

Although we have long been an intensely urbanised society, one in three Australians lives outside a major city, according to the Australian Bureau of Statistics. All government policy is affected by this. The fractious debate over our NBN – the National Broadband Network – is a telling example. Its need to cover huge areas of often sparsely inhabited country leads many to fear the project will be abandoned, and ‘rural Australia’ will lose out... yet again. The lack of health care providers in rural areas is an ongoing problem. As a recent report indicates, ‘People in rural, regional and remote Australia generally have worse health than people living in cities. They have higher rates of many diseases, more health risks, and higher death rates in every age group’.

Compounding these disparities, around 13 per cent of those who live in rural and regional Australia live in poverty. A recent study into poverty identified some of the distinctive characteristics shared by impoverished Australians, including reduced access to health services and higher mortality rates. Meanwhile rates of poverty are increasing in Australia, despite decades of extraordinary economic growth from the ‘mining boom’.

Australia is a wealthy country. Yet the poorest 20 per cent of Australian households hold just 1 per cent of total household net worth according to the following report on household income and distribution. Where inequality rules, negative consequences ensue. So it’s no surprise to see this played out in the ‘lucky country’, where Indigenous people can expect on average to live fifteen years less than non-Indigenous Australians. The Australian Institute for Health and Welfare is blunt:

People living outside Australia’s major cities have worse outcomes on leading indicators of health and access to care. They have higher rates of obesity, smoking and risky alcohol consumption, their rates of potentially preventable hospitalisations are also higher, and they are less likely to gain timely access to aged care.

Programs to overcome the inequities of distance have been tried. Most began with a top-down approach of ‘encouraging’ health care providers to relocate to underserved areas: from ‘bonded places’ committing graduates to rural medical practice, to requiring rural practice from new ‘overseas-trained’ medical practitioners, through to FIFO (fly-in-fly-out) providers. These stop-gaps have been criticised by different groups for various reasons. Overwhelmingly though the issue is they are not working.

Which leads us to ask, what do we mean by accessibility? The fact of having a doctor in town isn’t the same as having accessible health care. As analyst Vicki-Anne Ware expressed it:

Accessible health services are those that are physically available, [but also] affordable…, appropriate and acceptable. Health services can be inaccessible if providers do not acknowledge and respect cultural factors, physical barriers and economic barriers, or if the community is not aware of available services.

Underpinning ‘accessibility’ is the issue that should be central to health care provision: engagement. The current top-down health policy process assumes providers are homogeneous, which seems to presuppose that the main problem is just getting the doctors ‘out there’. After that, disparities of access and health outcomes will magically disappear.

By contrast, shaping an engaged medical service starts from a fundamentally different, but obvious premise: medical practitioners are not interchangeable. Medical practitioners differ in their knowledge, their belief systems, their practice. Patients differ one from another too. Indeed each rural setting – beyond meeting some predefined categorisation of ‘rural’ – is distinct.

One success story in addressing health inequity in Australia is the Aboriginal Community Control Health Services. Across Australia these services provide a valuable model of engaged medicine. To meet health care needs in ALL our communities, however, we need to talk with them, and (even more) to listen to them. We need to ask them what kind of doctors they need. We need to find a means for them to tell us, as medical educators, what they believe are their pressing health care issues. And we need to find innovative and inclusive ways to have these discussions, and to create a place where the opinions and expectations of communities are made central to our work.

This isn’t a challenge that’s unique to Australia – can digital technologies help us meet the health care needs of rural communities? What are the successful strategies that address the health inequalities associated with place? What is the role of engagement in making a difference for rural communities? Share your thoughts by leaving a comment below.