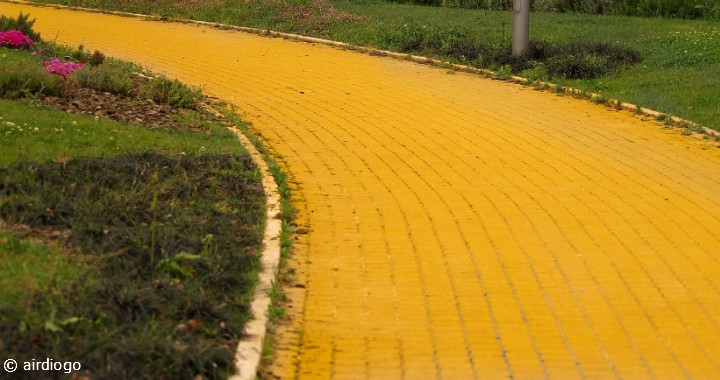 The Future of University/Public Engagement and Social Justice?

What might the engaged university of the future be like? In the latest Engaged Futures blog, Sharon Clancy, Head of Community Partnerships at The University of Nottingham, dreams of Oz but recognises that it may be a long journey with lots of challenges on the way.

“There were no poor people in the Land of Oz, because there was no such thing as money…Each person was given freely by his neighbors whatever he required for his use, which is as much as anyone may reasonably desire…. So each one was proud to do all he could for his friends and neighbors, and was glad when they would accept the things he produced.” L. Frank Baum, The Emerald City of Oz, Reilly and Briton, 1910, Chapter 3

I have been Head of Community Partnerships at the University of Nottingham for six years. In that time I have followed the yellow brick road – along with many other fellow travellers – towards a revitalised vision of the University as a space for public good, an Oz-like world where ‘the community’ or ‘the public’ are equally valued neighbours and partners, informing research and debate, sharing a meaningful and positive relationship which results in social benefit, and proud of this co-production.

This has been a central theme in the work of NCCPE and also in the work of the Beacons on this journey, who have pioneered a way forwards, examining the University role in promoting ‘the public good’.

One of the ways we have achieved this connection at community level at the University of Nottingham has been through our work with the third sector (or voluntary and community sector – VCS), which is at the nexus of civil society, that space between state and individuals which focuses on the most vulnerable people in society, and the most intractable social issues – because we do not live in a fair or equal world.

Our work with the sector has given us privileged access to communities, enabled us to learn about their research interests, to create bespoke student and staff skills-sharing placements and research partnerships. We have found willing and active partners in the sector, keen to innovate with us, generous with their time and ideas. We have seen that real partnership can support social change, albeit incrementally.

However, there are winged monkeys on the horizon, which hamper progress and engender uncertainty. Increasingly now, what cannot be ignored is that the world of the third sector is changing – potentially irrevocably. According to the Big Society Audit, ‘the voluntary sector is now facing an estimated cut in statutory funding of £3.3 billion between 2010-16, a gap which is unlikely to be filled by increased donations.’ (Big Society Audit, 2012, Civil Exchange, p.4).

The Audit finds, too, that there is a growing ‘Big Society gap’, in terms of how well society functions, ‘between younger and older people, affluent and disadvantaged communities, rural and urban areas and white and ethnic minority people…..Targeted support to reduce this gap is needed but voluntary sector capacity in key communities is likely to have been undermined by cuts in public funding, which have fallen particularly heavily in disadvantaged areas’ (ibid, p. 4).

The difficulty with any community engagement is that it cannot be parcelled up and labelled neatly – it is inherently messy, and not always palatable. The groups of people most likely to require support – and also the groups where public funding is in most jeopardy – include offenders; people with mental health needs; people with learning difficulties; homeless people and asylum seekers, which are not always issues which are immediately appealing, neutral or apolitical.

Whilst corporate volunteering is one response to social responsibility which the current government favours and in which the University can of course play a role, given its skills-sharing capacity, we have arguably moved on from this. Though there is a noble and long-standing University tradition in areas such as community-based student volunteering, for instance, and growing interest in philanthropic activity and public engagement amongst staff, my concern is that this approach will attract people to certain types of organisations where money and donations are channelled already. This includes medical causes, children’s charities and schools – which will only partially address current inequalities. The higher education sector itself is the most popular cause for money coming from charitable foundations but many of the VCS bodies tackling the most acute disadvantage are dependent on statutory funding.

So my vision for the engaged University of the future is one in which we are genuine about social responsibility and ‘public good’, and are engaged with the world around us. Programmes such as the Catalysts, born out of the Beacons, which look to foster public engagement with research and to develop innovative and creative pathways into communities, are perhaps just the mechanism we need to raise the issue of social justice high on the agenda, to target activity where it is most needed and to stimulate debate and discussion about precisely these ‘wicked issues’, which remain at the heart of our society.

How would you describe the engaged university of the future? Share your comments.