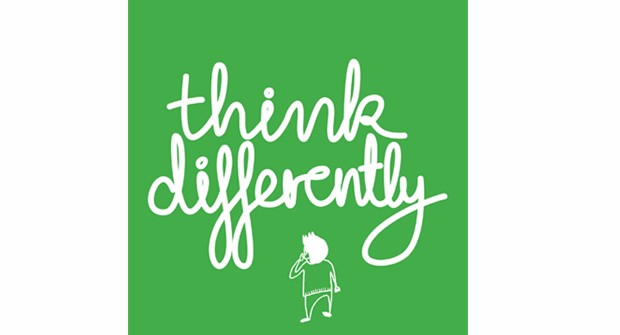 In the run up to our Engage 2014 conference, we are exploring the conference themes of 'Captivating places; Captivating ideas; Captivating people: Unlocking the potential of curiosity-driven engagement'. Here, Eliot Marston, Acting Head of Research & Knowledge Transfer for the College of Medical & Dental Sciences at the University of Birmingham, shares his thoughts on engaging places.

From my (admittedly relatively limited!) experience, public engagement activities run by universities seem to occupy one of two main types of location – either spaces academics are familiar and comfortable with, typically lecture hall-type spaces and even our own university buildings, or they attempt to engage specific groups of people in their own spaces, from football grounds and places of worship (possibly the same thing in some cases), city streets, or museums and art galleries. The second is typically more proactive and exciting, since the first mainly attracts audiences already engaged with research in some way. However, there can also be a lot of value in having a level of control over the space you are interacting in, particularly with respect to your ability to provide a more in-depth and ambitious experience for people to engage with – both members of the public and our own researchers, students and staff.

At the University of Birmingham, we have been thinking along these lines about the third type of location, location, location – spaces created by universities specifically for the public. The possibilities are endless, and there have been some wonderful ‘pop-up’ experiments recently where people have tried things out. You can build very focused spaces such as the great work done by Ellen Dowell and others at Imperial for the Heart & Lung Repair Shop. Alternatively, you can keep it flexible like the admirably enthusiastic and inspiring work of 3-2-1 Ignition*.

I was privileged to see the University of Helsinki’s Think Corner space during the one-year pilot of their grand vision, and was blown away by what they achieved – in just 12 months, over 1,000 enthusiastic researchers from all over the campus had joined in to run 700 presentations and 450 workshops across 24 science themes (changing every 2 weeks), in a space that attracted 300-500 visitors per day and over 70,000 blog hits. A simple, flexible city centre space enabled the University to engage its local population on an amazing scale, and academic enthusiasm worked seamlessly with innovation and clarity of thinking from their Communications team to keep it all running.

They say imitation is the sincerest form of flattery, so with their blessing we set about creating our own Think Corner project in Birmingham. Our vision for the shop itself was about showcasing “research with purpose”, demonstrating the relevance of research to everyday life from medical marvels and engineering feats to cultural inspiration and policy changes. Using strategic funding from the Wellcome Trust, EPSRC and the University itself, we found a space in the city centre and set about creating a highly-flexible but constantly-welcoming environment that would inspire (and fund) our researchers to design events and activities that would in turn inspire visitors. One of our core principles in public engagement in Birmingham is around the value of bringing science and arts together, so it had to be a space that celebrated both simultaneously.

We had a core backbone based around a ‘research trail’ that tried to explain what research really was through clues and activities – including Prof Alice Roberts’ Tree of Life painting for the public to contribute to – around which researchers were free to experiment. Typically three to five different groups from across the whole breadth of the University’s research portfolio were in on any one day, in which there might be volcano models exploding alongside art displays while robots greeted and tweeted. We didn’t get everything right – shockingly, visitors weren’t instantly seated in rapt attention for a talk when academics appeared – but we adapted as we went, and as an experiment designed to educate us as much as academics or the public it was a really fantastic experience. Within three weeks we had over 2500 visitors and humblingly lovely feedback from visitors and participants, but there is still so much more we can do to improve. Ultimately, we will keep experimenting and building on what we’ve learned, individually and collaboratively, and we would be delighted to share that with anyone interested, just as Helsinki were kind enough to help us.

And perhaps once we’ve sorted out space, if we can tackle the issue of time then we’ll really have a “Eureka!” moment...

What's your idea of an engaging place? Do you think universities should create spaces specifically for the public? Share your thoughts by leaving a comment below or by voting in our poll.