Putting the heart into engagement 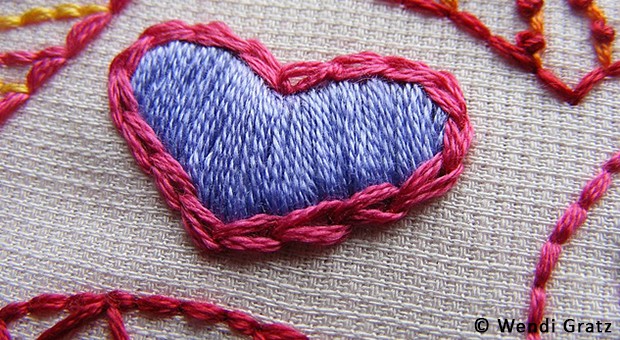 Following the NCCPE's public engagement with research competition, Becci (NCCPE) reflects on what it means to put the heart into engagement.

Having had a few of months to recover from the NCCPE Engage Competition which took place in June 2014, we are now going through the process of adding competition entries to our website as case studies. There were so many fantastic, innovative and thoughtful projects that entered, and we want to share them with the wider public engagement community.

One that particularly caught my eye during this process was the Mix-d Museum. This was a collaborative project between London Southbank University, the University of Kent and Mix-d. The project developed the ‘Mix-d Museum’, an interactive online archive based on research findings from a British Academy funded project on racial mixing and mixedness in 20th century Britain. Aimed primarily at young people and schools, the principal output of the project was the creation of an interactive timeline highlighting key moments in the history of mixed race Britain throughout the twentieth century, as well as the ‘ordinary’ lived experiences of those from or in mixed race families.

The archive has stories like that of Walter Tull (1888-1918), who was an army officer and English professional footballer who played for Tottenham Hotspur and Northampton Town. Walter is described as:

The 1918 archive entry goes on to tell us about Walter’s family, the discrimination he faced and ultimately his death in the second battle of the Somme in 1918. This, along with many other stories in the archive, not only interested me but really moved me. Reading the histories and seeing the photographs of these different people spoke to me. It pulled on my heart strings and I wondered about other public engagement projects that could do that. It also reminded me what public engagement is all about – people!

I don’t mean just those projects that are about people, like the Mix-d Museum. All public engagement, from any discipline, is seeking to engage with people (if you are currently running PE activities for plant life or animals please correct me!). We care enough to want to share what we know, what we’ve discovered, what we want to learn more about with others and from others. We want to form partnerships that really make a difference. But how do we connect with the people we want to engage with? Quite often we talk about our work and our projects in very factual terms. Would our level of engagement deepen if we were prepared to be more emotive?

We’re good at working with our heads (we can talk about impact until we’re blue in the face!), but what I’m really interested in is where is the heart of public engagement? Is it in us and what motivates us to engage in the first place, is it in the way we engage or is it in how are audience responds to our engagement? How would our engagement be affected if we involved people with our research emotionally as well as factually? Should we even? What are the risks of doing this?

Imagine you are a researcher interested in capturing the experiences of people suffering from dementia. In your engagement activity, do you communicate your own experience of dementia in your family and the affect this has had on you? Or is this the time for being objective, and not reflecting your own personal experiences? If you were talking to an academic community about your dementia research, would you want them to think about how it was personally relevant for them, or is it more important to communicate your findings? To what extent is it inappropriate to bring feelings into your professional work? In the words of one of our speakers at Engage 2013 – have we 'professionalised our humanity?' And what are the ethical implications of engaging from the heart?

Have you come across any projects that have moved you? Are we using the right language to communicate our projects and engagement? How do we manage emotive projects? Share your thoughts by leaving a comment below.