Not just a dig 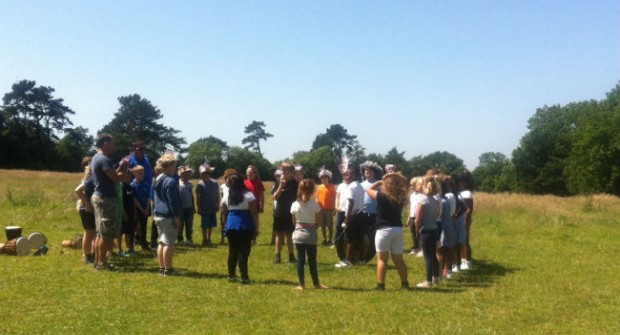 Image: A dance and music performance from a local school group at the Hillfort.

Becci from the NCCPE reports back on a visit to Cardiff to see the CAER Heritage Project in action.

Last week I had the privilege of visiting the CAER Heritage Project in Cardiff. Many of you will know that the project won the overall prize in our public engagement with research competition last year. I went to catch up with the CAER team a year on to see what they were up to. 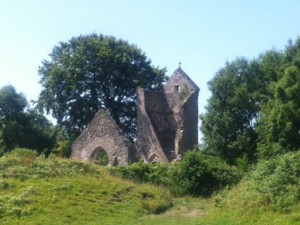 After fighting through traffic clogged up by the barmy army on their way to the cricket, I arrived in Ely, a suburb of Cardiff. The sun was shining as I drove up a small track at the back of a housing estate to the top of the hill. When you get to the top, the first thing you notice are the ruins of a medieval church nestled in the greenery. To the west of the church is a huge field surrounded by trees and to the east of the church is a smaller, raised circular grassy area, known to locals as the bullring. This whole area is the Hillfort; and it’s buzzing with activity.

There are several trenches currently being excavated by Cardiff University students and staff as well as members of the local community. A school group are putting on a performance of music and interpretative dance and a local knitting group are touring and picnicking at the site, a visit co-ordinated by CAER project partner ACE (Action in Caerau and Ely).

How did the project start?

In 2010, Dr Oliver Davis interest in the Hillfort took him out into the communities surrounding the area. He began to attend community meetings, and made contact with Dave Horton, Community Develop Co-ordinator on the Welsh Government’s Communities First programme (run by ACE). At the time ACE and Communities First were four years down the line with an asset-based approach to community development. They had developed strong networks across the community and had undertaken a small number of projects with local people at the Hillfort site. Oliver and Dave called a meeting with a number of other key people including Dr David Wyatt, who had recently assumed the role of community engagement co-ordinator in the School of History, Archaeology and Religion at Cardiff University, to look at what could be done together on the site. And so the CAER project was born.

Since then, the project has continued to involve community participants in a variety of co-produced projects, including geophysical survey, Iron-Age themed art installations, museum exhibitions, adult learners’ courses, heritage trails and three major community excavations in 2013, 2014 and 2015. One of the most recent activities centres around creating an animated film of talking ‘Celtic Heads’ called CAER HEDZ voiced by local volunteers, created with the support of project artist and partner Paul Evans who has been fundamental to so many aspects of the project (you can read more about CAER HEDZ here). 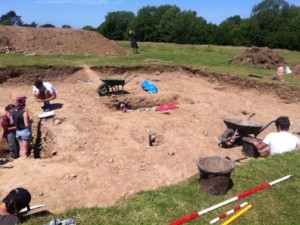 What is really evident about this project is its commitment to co-production in all elements of the project design and execution. The dig has provided a focal point for so many other things. From the outset the project’s key objectives were to employ archaeology and history to develop educational opportunities and to challenge stigmas and marginalisation associated with these communities. The different routes available to participating in this project make it accessible to people with a wide range of interests, from all parts of the community. A local dog walker passing by ended up having a tour of the site and the 13 year old son of one of the knitting group ladies joined the dig after school and helped to find a flint arrow head. The site’s open access, flexibility and friendliness really make it unique.

One word in particular that comes to mind when I think about the CAER Heritage project is respect. The project 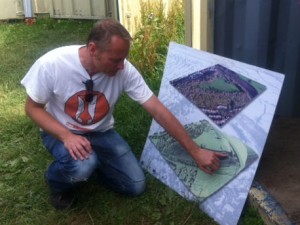 team have commented previously that the partnerships in the project are more like friendships, and this is really apparent. Underlying these relationships with the project team, community groups, schools and other partners is respect. A mutual respect for each other and a recognition of the variety of knowledge different people and groups can bring to the project and a respect for the site itself and the local community in which it’s situated.

These are sentiments that are echoed by the UK Community Partner Network in their advice on how to create and sustain mutually beneficial partnerships. If you’re considering embarking on a new partnership or need support with an existing one, take a look at the guides and resources produced by the UKCPN here including pitfalls to avoid, case studies and much more.

Many thanks to the CAER team for having me! You can read the full CAER Heritage project case study here and visit the CAER blog here.