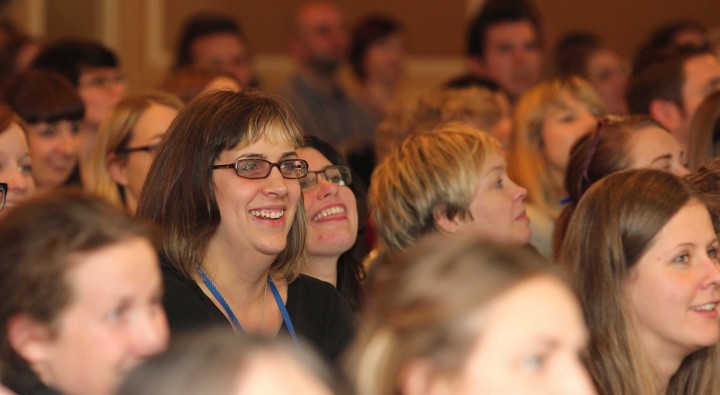 Just under two weeks on from Engage 2014 and Sophie Duncan, Deputy Director of the NCCPE, reflects on the event and some of the interesting questions that arose.

It is hard to believe that just under two weeks ago we were half way through delivering our annual Engage conference. With over 300 delegates joining us over the two days, and a range of workshops, storytelling sessions, encounters, posters, presentations and plenaries, there was lots to do, but also plenty of opportunities to catch up with old friends and make new ones.

So here are some things that it left me thinking about.

Now for something completely different...

The conference was both an opportunity to celebrate, and interrogate engagement and was only possible because of the contributions of our workshop leaders, story tellers, presenters, engagement animators etc. Next year we will need to explore what an engaged conference could look like that focusses on other areas of the engagement landscape. We have already had a wonderful suggestion by Sarah Banks for a more reflective conference – with walking workshops (something I have longed to do), silence and reflective spaces. Do tell us what you think, and don’t forget to fill in your evaluation!

What do you think of the questions arising from Engage 2014? What were the most interesting points to you? What would you like to see at Engage 2015? Share your thoughts by leaving a comment below.