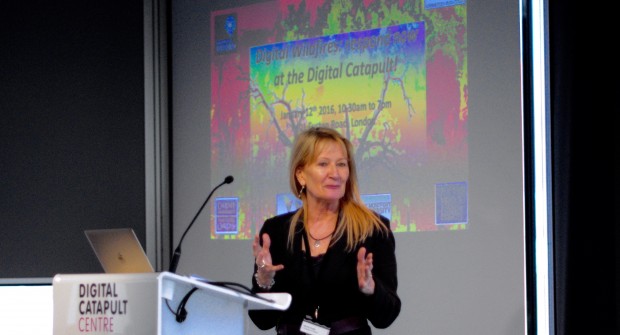 Luke Hutton (University of St. Andrews) and Helena Webb (University of Oxford) report back on a recent workshop that explored and debated the spread of provocative content on social media.

As part of an ESRC research project, a diverse range of stakeholders from academia, policy, law, education, civil society, commerce and law enforcement came together at the Digital Catapult Centre in London to discuss the spread of provocative content on social media. The event was hosted by researchers from two projects:

Opening the workshop, Marina Jirotka (Professor of Human Centred Computing, University of Oxford) described how provocative content in the form of rumour, misinformation, hate speech and inflammatory posts can spread rapidly across platforms such as Facebook, Twitter, Snapchat and Instagram. This spread of content can then cause significant harm to the reputation and well-being of individuals, groups and entire communities. Professor Jirotka said the workshop provided a “timely and important opportunity to explore and debate important questions including: How can we understand social media content and its impacts? Which organisations, groups and individuals are responsible for managing the spread of provocative content?”

Baroness Beeban Kidron, founder of the iRights campaign for young people, gave a powerful keynote address. She stated that without the rights or ability to self-manage their online presence, children suffer on social media. She argued that enabling young people to remove their online content will empower them to forge their own identities, learn from mistakes, and reduce their risks of suffering harm. Baroness Kidron urged technology companies to embed these rights into their products and argued that ethical policy needs to consider not only how people behave on social media platforms but also how and for whose benefit we deploy these technologies.

The experiences of young people formed an important theme throughout the day. The Digital Wildfire team premiered an e-safety video animation, #TakeCareOfYourDigitalSelf, aimed at 9-13 year olds. This animation will form part of a package of learning materials for schools and can be viewed here. A youth panel consisting of 16 to 18 year olds presented their answers to the question “What makes a good digital citizen on social media?” It was extremely impressive, and often moving, to see such confident young people reflecting on their experiences and articulating their ideas on digital citizenship.

Another key theme explored by speakers at the workshop concerned the boundaries between freedom of expression and harmful content. For example, Anna Jӧnsson from football's equality charity Kick It Out contextualised the problem by describing the large volume of offensive tweets targeted at footballers and football fans. Tom Sorell (Professor of Politics and Philosophy, University of Warwick) discussed 'digilantism' on social media in which individuals become the targets of mass hate campaigns as punishment for their (online or offline) transgressions. A discussion roundtable considered the regulatory challenges presented by social media. Adam Edwards (Reader in Politics and Criminology, Cardiff University), Penny Duquenoy (Principal Lecturer in Computer Science, Middlesex University), Paul Giannasi (Head of the Cross-Government Hate Crime Programme at the Ministry of Justice) and Gabrielle Guillemin (Legal Officer, ARTICLE 19) debated opportunities for governance involving user self-regulation and the automated detection of inflammatory content.

The workshop included time for networking and the viewing of artwork painted by University of Oxford artist in residence Barbara Gorayska. Overall the event provided a valuable opportunity to promote discussion and collaboration across a broad range of groups with a shared interest in social media. Discussion and collaboration of this kind is vital to address the various ongoing issues arising from the spread of provocative content in digital social spaces.

More information about all the speakers and presentations will soon be available on the Digital Wildfire project website.