Creating an environment where engagement can flourish 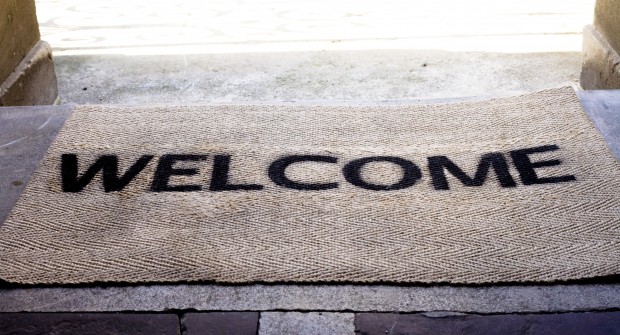 Sophie Duncan, Deputy Director of the NCCPE, shares her thoughts on a fascinating plenary from Engage 2013.

Chad Gaffield invited us to a drink at a firehouse – and he wasn’t kidding. In his 20 minute presentation he covered a huge amount of ground. Chief Executive of the Social Sciences and Humanities Research Council (SSHRC) in Canada, Chad was keen to promote the value of public engagement as “..a way to develop talent, gain insight, and make a better future”. He went on to explore the huge changes we were facing in society and, perhaps not surprisingly for a social scientist, celebrated the fact that the 21st century was the first time that humans took seriously the challenge of understanding people, which is critical to the conceptual challenges that lay ahead.

Whilst a 500 word blog piece could hardly contain his talk (for that you will need to look at the video of his talk which can be found here) there were a few specific things that caught my attention.

Working together?
SSHRC sought to change how it did its work – including changing the governance structures by ensuring half the positions are held by academics, and half by those representing society in its fullness. They learnt from work with aboriginal communities, that typical academic dissemination for impact approaches (i.e. ‘push’ approaches) did not have any resonance and were not effective. They needed to embrace multiple ways of knowing, and recognising and valuing these. This then changes the nature of how research is done from creating research questions to sharing the outputs.

For SSHRC, collaboration was becoming the norm for research. In a survey of academics exploring how interdisciplinary their research was, SSHRC discovered that very few academics categorised their work as exclusive to their discipline, captured in a quote from one of the participants: “…this way of working just isn’t cool anymore.”

New funding models
SSHRC, along with the other funding councils in Canada came together to try to simplify how they organised their funding for research and develop a common program architecture. From 37 individual programmes, they developed a simple framework underpinned by partnership working. For these partnerships awards they received 153 applications, of which 93% involved partnerships beyond campus. These awards leveraged $1.43 for every $1 invested.

They also needed new ways to assess grant applications. Chad suggested that peer review was like “…peeing in your own bathwater…”.  Therefore they have launched a merit review panel, involving non-academics in assessing applications. Apparently the research applications assessed by merit review led to more engaging and useful discussions, and the results were recognised as really good research.

Embracing your fear
Finally, I loved Chad’s approach to challenging people to embrace the words they are scared about – like relevance. He helpfully reminded us that very few academics dream of doing irrelevant research. Or impact – to counter this fear, SSHRC launched a story teller challenge where people were given three minutes to tell a story about the impact of their research. In his closing remarks Chad described the results as  ‘exciting, creative and terrific’ – you can find out if you agree by visiting the SSHRC website.