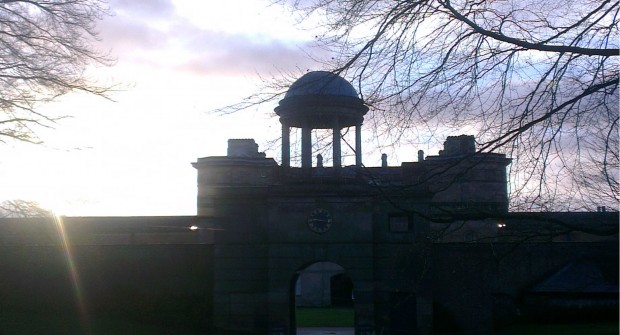 Image above: The Clocktower at Attingham © Sharon Clancy. Image below: The legacy of the College – the Berwick/Trevelyan mosaic – in former College Dining Room © Sharon Clancy

In this blog, Sharon Clancy reflects on the lessons public engagement practitioners can learn from the rich traditions of adult education. Sharon is running a workshop at this week’s Engage conference where she will share more of the initial findings from her research and explore the implications for current practice.

I began my Collaborative Doctoral Award (CDA), a University of Nottingham/National Trust partnership, in 2014, looking at a little-researched area of education – the pioneering short-term residential Adult Education colleges in stately homes, of which there were 30 in the years immediately post-Second World War and into the ‘70s and ‘80s, when most closed. My specific focus and perspective is gained through the lens of the Shropshire Adult Education College at Attingham Park (SAEC), which ran between 1948 and 1976.

Initially, as someone who had previously forged a career in community activism and public engagement, I had a wobble of doubt as to whether I had landed on a recherché niche in educational history with little relevance for today. I vividly recall one of my former colleagues saying of the CDA outline, 'that’s a bit random isn’t it?' and I queried my decision endlessly in the months prior to the PhD.

However, my initial research rapidly dispelled this doubt. A wealth of archive material - scrapbooks, photos, written memoirs - demonstrated the social and cultural complexities, the genuine educational challenge and innovation embodied in this kind of short-term adult education. Interviews with former staff, students and tutors showed its capacity to transform lives, to pioneer new areas of debate and to spawn new movements.

It seemed to me that, far from being solely of historical interest, there were lessons for our current focus on public engagement, its impact and its purpose, which has been so vigorously supported through the work of the Research Council UK and the National Co-ordinating Centre for Public Engagement. How does education, through dialogue and debate, stimulate change, engender new research, new ideas and create societal value? Can we learn anything today – at a time when education focuses on management, quality control, standards and efficiencies - from a very different time in history, when the social and philosophical urgencies of the post-war period took centre stage?

The first learning point which struck me was the enduring importance of the human catalyst or broker. Many of the Wardens of the short-term residential colleges were remarkable people, giving much of their life to their College, devoted to its currency and impact, the energy and reach of its courses, the speakers it attracted. Sir George Trevelyan, Warden at the SAEC for 24 of its 28 years, oversaw up to 45 courses a year, working as chief networker for many of the courses himself, seeing over 40,000 students over his time in post. A passionate advocate for Adult Education for all, and exponent of education of the spirit, tireless enthusiasm and 'joie de vivre' seem to typify Sir George. He saw adult education as profoundly spiritual, as a means for 'living ideas to work down into our society, and adult education has here a special, and in some sense, a priestly, task' (Trevelyan, year unknown, p.3). This passion for adult education as inspiration - the rush of air to the lungs, untrammelling the spirit, transcending the bounds of class, circumstance and background - seems to have motivated George throughout his life. 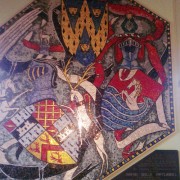 Alongside the Wardens, Adult Education tutors on the ground – often working with the colleges through their connection with University extra-mural departments – forged real links with local communities, creating courses which responded to interest and need. They supported short-term education as a stimulus to further and higher learning, as well as just for its own sake.

Such colleges developed at a time when Local Education Authorities were given particular powers, and the financial means, to establish imaginative responses to education for adults in every authority area. This conferred tremendous latitude to the adult educational college 'experiment'. My second learning point relates to this freedom to innovate. With little bureaucracy or overarching control, Sir George’s passion was demonstrable in the range and breadth of the courses, with all manner of interesting – sometimes controversial - consequences. 1948–57 courses show a questioning of the future, with a focus on family living and politics in a rapidly changing post-war Britain. Subjects included The Problems of the Adolescent in Modern Society and The Human Situation. Creative leisure is emphasised - dance and song, theatre and Arts/crafts. Pioneering early work on ecology, agriculture and organic farming saw Sir George supporting the embryonic Soil Association. During the 50s and 60s, Sir George started to include a significant spiritual element. Courses included the groundbreaking ‘Death and Becoming’, in 1964, examining modern spiritual science and the challenge of facing death in contemporary society, and in 1966 ‘Man Know Thyself’, showcasing positive psychology, the psychophysical effects of ‘dis-ease’, the impact of meditation and prayer. The list of later courses also reflected this emphasis on our place in the world, a growing interest in issues concerning ageing, space, automation, mass communication and the environment. The whiff of oxygen, the inspired exploration of the human condition in an utterly changed world, is palpable.

I am writing today at a time when Further and Adult Education have been devastated and public engagement is too often used as a proxy for a deadened kind of marketing and PR. Inspiration - the 'creative, generative' rush of air (Phipps, 2010:13, p.51) – is harder to find in formal education. There is still, however, a thirst for education for life as witnessed by the growth in Massive Open On-line Courses (MOOCs), and the plethora of activism sites, a call to arms around thousands of areas of common interest. One argument is that we do our learning and questioning virtually now; the immediacy and accessibility of the on-line world has created a much more level playing field and the constraints of class, culture and even economic status are less relevant. I would argue, however, that the experience of human interaction, face to face, remains vital. The key lesson from the experimental, sometimes eccentric, nature of the short-term residential colleges is their capacity to transcend 'the workaday world' (John Hassall, former SAEC student), to facilitate 'empowerment, personal development, wellbeing, and [act] as a catalyst for social transformation and critique' (Withers and Wardrop, p.10).

Phipps, A. (2010: 13), 'Drawing breath: creative elements and their exile from higher education'. Arts and Humanities in Higher Education, p.51

Please leave your comments below.