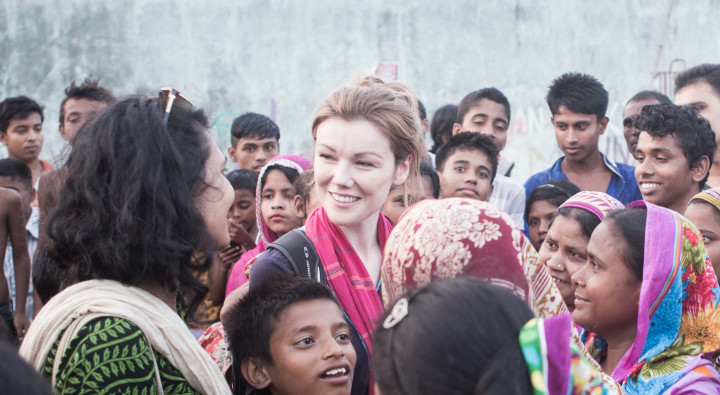 Dr Joanne Jordan is an independent research consultant and Honorary Research Fellow at The University of Manchester’s Global Development Institute. Her Lived Experience of Climate Change project was shortlisted for the NCCPE Engage Award 2016 in the Arts, Humanities & Social Sciences category.

That President Donald Trump represents a potential ‘opportunity’ for climate change scientists might seem a particularly optimistic view. But not for Dr Joanne Jordan.

As a climate resilience researcher, she sees President Trump as a cue for greater dialogue with the public:

“It offers us an opportunity in that it highlights there is a gap in knowledge with 42% of Americans not worried about global warming. We need scientists to engage more with the public”, says Dr Jordan, from the University of Manchester’s Global Development Institute.

“We’re clearly not doing something right, in the US, where they are going to be impacted by climate change, but have not fully made the connection. They may not be getting the right information.”

She hastens to add that she is not being critical of her fellow scientists. But points out that their work is publicly funded and yet often the public just cannot get access to information or to information that is understandable to non-scientists. She added: “When I was doing my PhD we didn’t have this kind of discussion about engagement and social responsibility - but all this puts it on the agenda.”

Dr Jordan’s work on climate change focuses on the local consequences of a global problem.

Over the years, she has interviewed many people as part of her research - people whose lives have been turned upside down by events such as cyclones and flooding.

When the cameras followed Dr Jordan for a documentary charting a recent project in Bangladesh we see her calm and thoughtful as she talks to those dealing with the immense practical challenges caused by severe flooding.

“It's disrespectful to be over-emotional – after all it’s their story, and I’m a researcher and not an interventionalist such as an NGO. My role is to find out what’s going on, what impact climate change has and how that varies between people, and how they deal with it. It’s a different type of job.”

How to measure impact?

Inevitably, some of the stories she hears from people she meets as a part of her work are upsetting. She recalls interviewing a man who had lost his wife in a cyclone which hit a small island off the south east coast of Bangladesh back in 1991.

“The man lost nine family members and thought he had lost his wife as she floated away in the flood waters”, she explained.

However, it transpired that, although the wife had survived, she suffered trauma and memory loss.  The couple were not to meet again for 20 years, by which time both their lives had moved on and the man had remarried.

“How do you measure that kind of impact on people?” asks Dr Jordan. “Lots of people focus on numbers when tragedies happen, not the psychological traumas. It is these stories which make me carry on wanting to do the work I do. It’s not all about economic impact – it’s also about the people affected by climate change. It raises issues around gender histories, cultural dynamics, and inequality.”

Her interest in developing countries can be traced back to the classroom in Northern Ireland. Dr Jordan grew up in a village near Belfast. Aged 14, she began to make the connections between disasters and poverty, thanks to her inspirational geography teacher Una Timlin, who introduced her to countries outside of Ireland and the UK… countries like Argentina and Brazil.

Dr Jordan would never have predicted that, via degrees at Queen’s University Belfast, and a Masters from the University of Edinburgh she would be working in countries such as Bangladesh, Cambodia, Peru, India and Belize.

She spent several months working with people living in the slums of Dhaka, Bangladesh, looking at how their lives were being affected by floodwaters and heat stress - and the effect it had on their homes and family.

Public engagement as part of research

Dr Jordan places great value on the need for public engagement in research. In her Dhaka project, the public engagement was an intrinsic part of the research. A novel twist was to use drama as a means of engaging the public with its findings. These were communicated back to the people via a performance known locally as Pot Gan. The drama was performed in several different venues, and Dr Jordan was initially nervous about how people might react.

But when the production returned to the very slums she had researched, she became calmly confident. Said Dr Jordan: “I had got to know the people there over several months. One woman told me that it was like watching her life unfold in front of her. It made the whole project worthwhile.”

Wednesday April 14th 2021
Zoom (Online)
What is interdisciplinary public engagement, and how might we embed it within our research institutions? Share your perspectives, opinions and questions in this exploratory workshop.
Read more 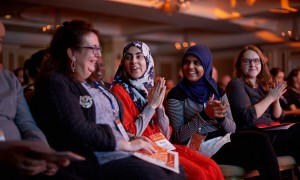 International Women’s Day: A spotlight on some of the women who inspire us

08 / 03 / 2021
For International Women's Day 2021, we wanted to recognise and celebrate the women who have inspired us, and who have fought tirelessly for change.
Read more

A first look at our PEP Insights Research findings - exploring the impact of COVID-19 on public engagement.