Skip to main content
Home › Do engagement › Inspire me! › Case studies › Writing Back

Shortlisted for the NCCPE Engage Awards 2016 in the Individual-Led Projects category. 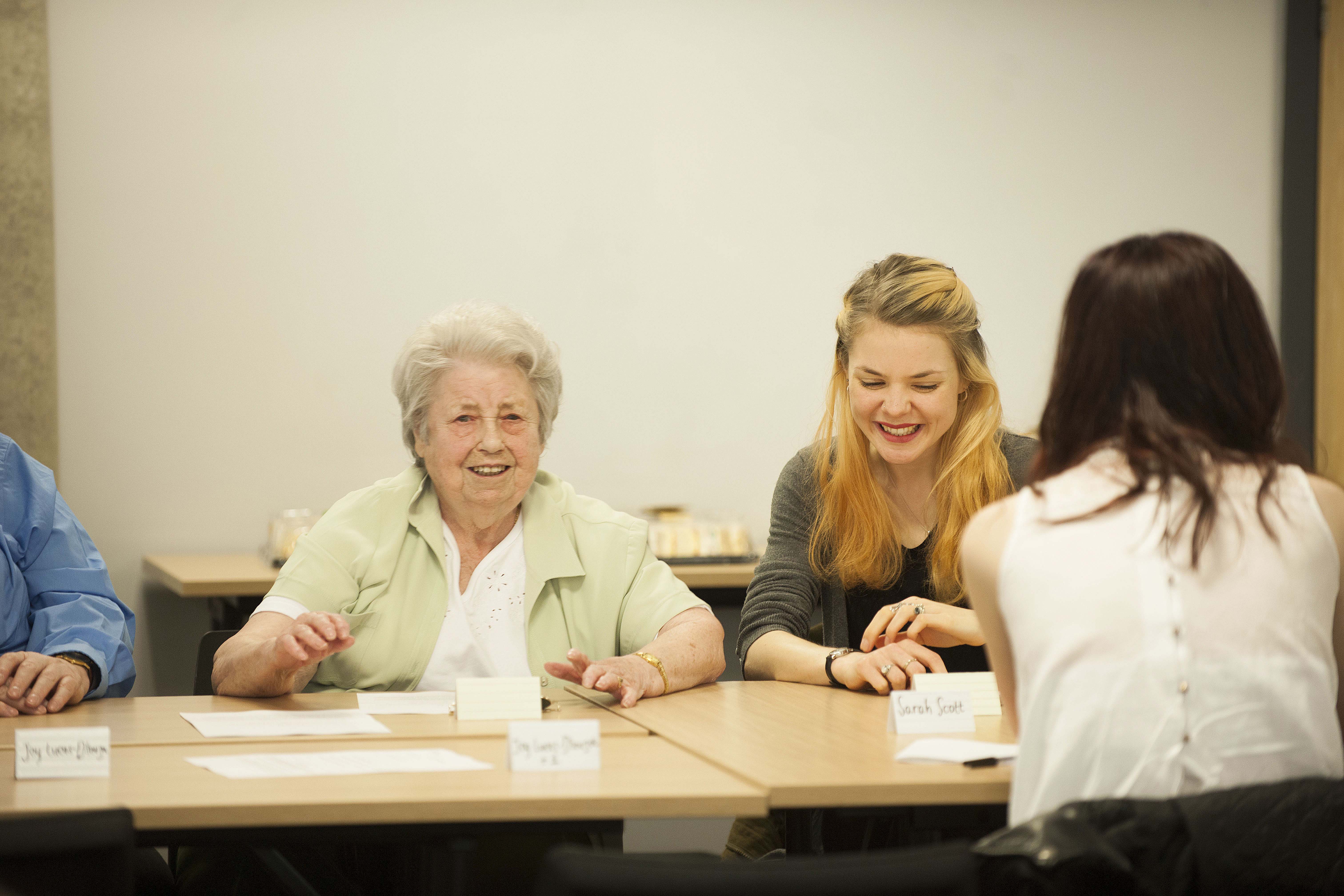 This project tackles loneliness and isolation using a pen pal exchange between university students in Leeds and older residents in Yorkshire. The scheme is now in its fourth year, and part of its success has been its ability to re-evaluate and adapt as it grows.

Writing Back brings together students in their first year at the University of Leeds with older residents who are well established in the local community.

A common factor between the two demographics is the issue of loneliness. Students often feel the most lonely and vulnerable in their first year away from home, when they are unfamiliar with their new surroundings. While older people, many of whom may be living alone, can also fall victim to social isolation.

By brokering a penpal relationship between the two groups, Writing Back is able to foster unique friendships, while increasing the emotional well-being of the participant groups.

The project has grown each year, starting with 28 in its pilot year, rising to more than 200 in the third year.

In order to kick-start the written exchanges, participants were encouraged to share their interests, and were also provided with archive photographs by partner agencies. These pictures provide a source of inspiration for writing, with older residents able to explain to the new student arrivals how the area has changed.

One of the challenges faced by the research team has been how to accurately evaluate the effect of the project on loneliness. A questionnaire was devised using existing tools devised by the Campaign to End Loneliness. The results suggested that contrary to what the researchers predicted might be the case, it was in fact the younger people who appeared to be suffering most from the feeling of loneliness. 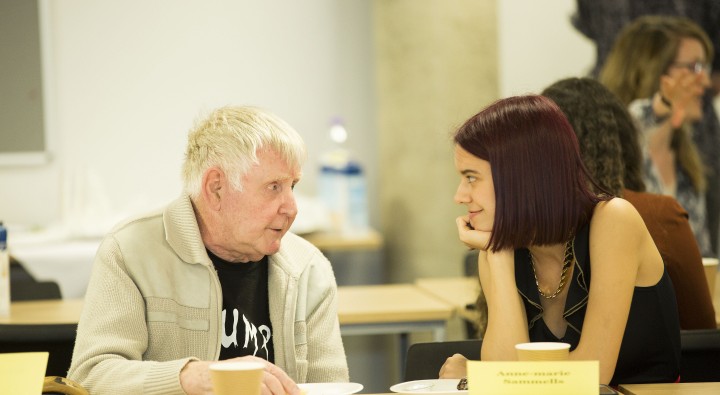 Writing Back benefited from a strong lead role played by the main project officer, together with a solid base of support from both community groups and the University of Leeds itself

The aim of the project was to increase the emotional wellbeing of participants.

The purpose of the engagement was to encourage participants to hear what each did, to learn from each other and to change attitudes and behaviour.

It has created unique friendships, and from the students’ perspective it has allowed them to challenge their views on older people, and indeed the role of the university in the community it serves.

A key aim was to attempt to measure the success of the act of letter-writing in helping alleviate feelings of loneliness and isolation.

There is some evidence that writing had a particularly positive effect on the young students’ mental wellbeing.

The project came about as a result of project leader Dr Georgina Binnie’s previous earlier experience with letter writing and its potential to ease loneliness.

As a student, Dr Binnie had exchanged letters with her grandmother throughout her time at university, and she became aware of the power of the letter as a tool to facilitate dialogue, and to foster emotional well-being. Dr Binnie recognised that students at Leeds might also benefit from exchanging letters with older and established members of the community.

It is not always the case that it is the older generation which suffers more from feelings of loneliness and despair.

A study in 2010 by the Mental Health Foundation showed that 18-34 year olds were more likely to feel lonely more often than their older counterparts.

The project began with the Leeds 'Libraries at Home' Service referring older participants to the scheme, as did the Leeds Neighbourhood Networks and charities from across Yorkshire.

Their letters are matched with students who similarly express an interest in taking part. The matching is also based on common identified interests.

Letters are exchanged via a pigeonhole at the School of English Student Office at Leeds University and are photocopied to be included in a project archive.

The participants exchanged letters approximately once every two weeks. They write about a huge range of things – from hobbies, travel, poetry and music. In the initial pilot, the letters were themed, the topic being the First World War. This enabled some students to share their love of war poetry, for example.

In the early stages, the pen pals are encouraged to share historic photographs of Yorkshire which were provided for the project by the archive partners.

In the first year of the project, Special Collections at the Brotherton Library and the Leodis photographic archive provided copies of historic photographs of Yorkshire to be used with the students' letters. Meanwhile the west Yorkshire Archive Service also provided images, and also referred a group of older ex-miners to take part in the project itself.

These photographs prompted topics of conversation within the letters, enabling the older people to outline how their communities have changed over time, and for the younger students to gain a better understanding of life in their newly adopted area…and hence, a greater sense of belonging there.

For evaluation purposes, the letters then became a source of data in themselves. A questionnaire was devised to track any impact the act of letter-writing had on feelings of loneliness.

The project is now in its fourth year and has seen the number of participants grow each year. In the pilot year 28 participants took part, which included the letter writing and an optional meeting at the end. In the second year, 112 people took part, rising to 202 participants in the third year.

There are two ongoing strands of research.

The first focus is investigating loneliness and social isolation in the student and older demographics. By using the loneliness measurement tools devised by the national Campaign to End Loneliness the project is able to evaluate how letter writing functions as a tool to aid emotional wellbeing.

Second, the project examines how to encourage engagement with Yorkshire archives. Students are given copies of historic photographs of Yorkshire by the Brotherton Library, Leeds Central Library and the WY Archive Service, the M&S company library and ULITA, which they share in their letters to their pen pal.

The letters are copied as part of the scheme and became a form of data in themselves, as did the number of participants that take part in the project and attend the events.

Loneliness is notoriously difficult to evaluate. However, using loneliness measurement tools developed by the Campaign to End Loneliness a questionnaire was devised to use with participants. These voluntary questionnaires were given out at lunch events - which were held in order for the pen pals to meet up - or they were sent to housebound participants in the post.

The questionnaires offer a positive indication as to the impact of letter writing on the emotional welfare of the participants. The project will now compare data between the different years.

In the summer of 2017, letters from the project were dramatized and turned into a new production which was performed at the Headingley Arts Centre in Leeds.

The project has attracted some positive coverage in the media, with a large feature, for example, in the Yorkshire Evening Post, which was also in the process of running a loneliness campaign and made a virtue of linking the two initiatives.

A wealth of friendships now exist that would not have been possible without Writing Back. The project leader believes that impact on the emotional wellbeing of participants has been profound. One older participant said: ‘Writing to my student friend change[s] my day-to-day way of living’. Pen pals regularly meet up with one another outside of the project.

The cultural contribution offered by the archive of letters provides a permanent reminder of the legacy of the student contribution and their ability to make a difference.

The experiences of current participants suggest that there is a significant scope for cross-generational communication to be used to target homesickness, to encourage mutual learning and to aid the development and formation of friendships.

The letters exchanged during Writing Back indicate that the letter has a universal and nostalgic function that cannot be readily replicated in an alternative technological form. As universities increasingly look to enhance their impact profile, the student and older participants provide a successful example as to the emotional and physical benefits of facilitating engagement via the act of local, letter writing.

For further information, please see the Writing Back website or listen to our interview with Dr Georgina Binnie.