Skip to main content
Home › Do engagement › Inspire me! › Case studies › None in Three

Winner at the NCCPE Engage Awards 2016 in the Health and Wellbeing category. 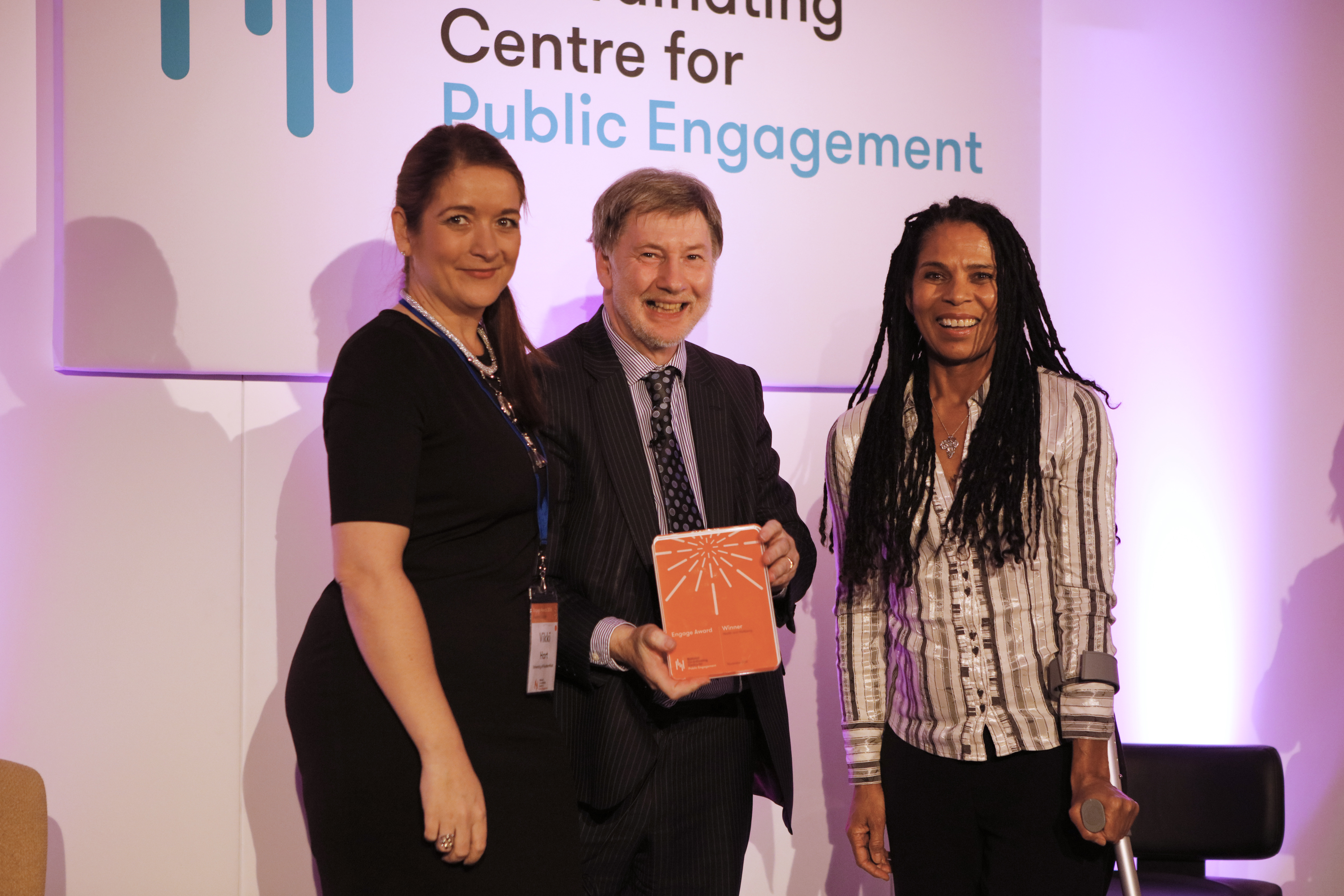 It’s estimated that one in every three women living in the Caribbean will be the victim of either domestic or sexual abuse in their lifetime. It has a significant negative impact on the islands’ economies and stems from entrenched attitudes among children and young people to violence.

With a research background that led to her involvement in research within marginalised communities in 16 countries, Professor Adele Jones, a Professor of Social Work at the University of Huddersfield, set out to turn that one in three statistic to none in three.

The project team felt they needed a strong partner to work with as they face culturally engrained social issues – they worked with the Sweet Water Foundation in Grenada which dedicates itself to ‘the worldwide healing of child abuse’.

Together, the project team from Huddersfield and additional supporters and researchers in the Caribbean set out to use computer gaming and education to change the way communities viewed the domestic and sexual abuse of women.

The teams were based in the UK and the Caribbean and included:

The project had a number of primary aims:

Both domestic and sexual violence stems from deeply entrenched gendered attitudes and behaviours and the problem is compounded by the social normalisation of violence. The project team’s analysis called for a systemic, public engagement project that achieved a number of core aims.

There can be a tendency for research to only consider public engagement at the point of sharing or disseminating results. However, the None in Three team built public engagement into the fabric of the project from the very start, something evidenced by the fact the public engagement plan around communication and visibility was written before the work even started.

None in Three is an ongoing project and involves a multi-stakeholder partnership of civil society and government agencies. In preparation for the project, Professor Jones and fellow scholars in the Caribbean undertook extensive research on the root causes of, and attitudes to, domestic and sexual violence in the region.

The approach built on previous research led by Professor Jones (e.g. child sexual abuse research which resulted in an extensive public engagement/dissemination campaign across six countries and subsequently led to policy change) and the campaign was supported through a strong media strategy which involved in-country radio and television programmes, which in turn captured community-wide interest and successfully promoted informal debate around abuse issues.

This led to the creation of key partnerships with government departments, NGOs and community organisations. The project team also developed a network of relationships with local groups. Subsequent consultation with these groups led to the decisions on which populations and communities to engage with and also the decision to build in local perspectives on the prevention of domestic violence from the outset.

One of the organisations involved in that consultation was the Caribbean Centre of Excellence for Sustainable Livelihoods (COESL) which took on the role of facilitating the engagement of young entrepreneurs interested in continuing with the development of serious game technology as an education tool to tackle gender-based violence. COESL has a regional reach in the Caribbean and is therefore well-placed to help regionalise the application of results

Stakeholder groups which included government departments, civil society organisations, religious leaders, young people’s groups and religious leaders, provided information about gaps in current research and service provision. They also identified the main approaches that would need to be adopted to catalyze the support of the general public. Those initiatives included building relationships with religious bodies and gaining the support of popular musicians and artists.

The research team found a ready pool of people who wanted to get involved in a project to end gender-based violence. In practice, the project involved research in three ways: with women; the perspectives of men and youth; and the effectiveness of a computer game as a prevention education tool in schools.

The project team discovered that people across the communities they engaged were inspired by this three-pronged approach. They were also appreciative of the use of social media to enable the general public to voice their concerns and ideas on a topic that they recognise is ruining their communities. In this way, the project effectively became self-marketing.

The research and evaluation strategy was:

In assessing the effectiveness of the computer game the project conducted pre- and post-game exposure research among children and young people. A culturally-relevant survey was also developed to assess attitudes towards gender and violence.

Training was informed by a training needs analysis among stakeholders and findings from the research with marginalized women and focus groups with adult and younger men.

The whole project was evaluated through monthly assessment and monitoring activities using the Consolidated Framework for Implementation Research – a comprehensive systematic evaluation framework which identifies factors and constraints for replication.

Evaluation outcomes indicated a need for increased funding for longitudinal research and a need for more targeted approaches to the young and to men.

One of the most profound of all the project’s findings is the way in which resilience and strength can sit side by side absolute despair and suicidal feelings. This is the focus of the project’s first film ‘CROSSROADS’ in which local ‘actors’ portray the view that brutality and trauma do not have to trump the hope that things can and will be different. Indeed, this was the very reason that survivors took part in the research.

Much of the project’s legacy lies in the development and creation of the anti-violence computer game that was used so effectively to help change attitudes to DV-SV among younger people. Although None in Three is continuing, there is little doubt this element of the work will continue to reap benefits long after the project eventually comes to an end.

For further information, please see None in Three’s website.