Shortlisted for the NCCPE Engage Awards 2016 in the Working in Partnership category. 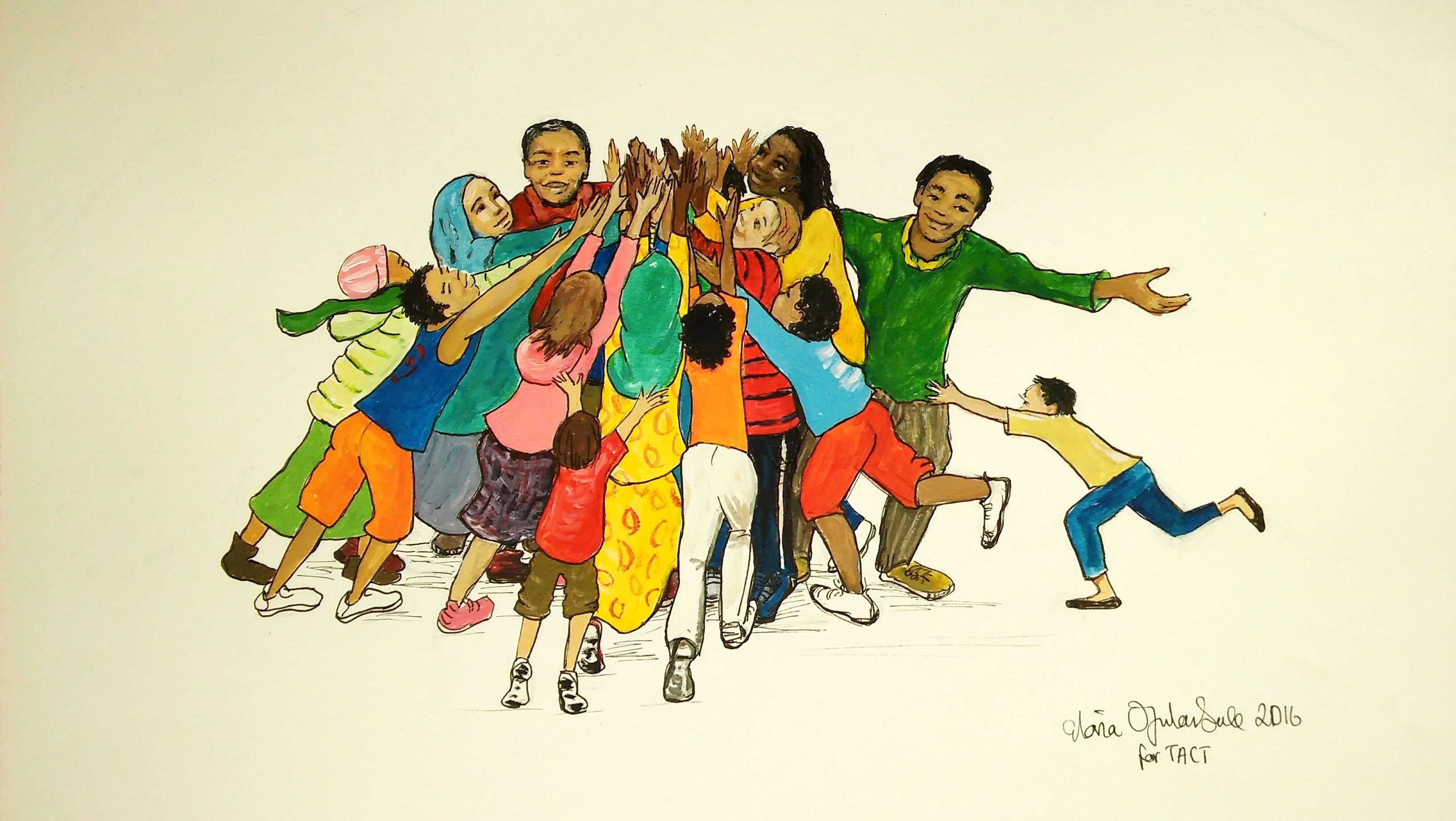 This was a project which sought to use innovative research techniques to shift public perceptions about fostering unaccompanied child refugees.

The project brought together researchers from the University of Bath in partnership with Bristol-based fostering charity TACT (The Adolescent and Children’s Trust) to tackle a recruitment challenge in finding new foster carers for refugee children.

Seed funding from the University's public engagement unit allowed a team of researchers to work with a group of fostered refugee children, sharing their experiences through a photo-voice project designed to challenge some of the many of the misconceptions that exist and act as barriers to fostering.

These included issues about meeting the cultural needs of children as well as misperceptions about what being an asylum seeker means.

The participatory project involved running focus groups with foster carers organised through TACT, and workshops for the young people, giving them a voice to drive the research. By providing cameras, the researchers challenged young people to document their day-to-day lives and activities, depoliticising ideas that persist and showing fostered refugees first and foremost as children.

Find out more in this video about the project:

Additionally, the project sought to engage with teenagers aged between 11 and 18, parents and carers, minority ethnic groups and the wider public.

The project aimed to change the way people perceived unaccompanied asylum seeking children and young people. TACT is the largest fostering and adoption agency in the UK but is experiencing challenges in recruiting carers for refugee children. By working collaboratively with TACT, the project was able to engage with young refugees and share their experiences through a photo-voice project, with the aim of challenging stereotypes and misconceptions about those young people.

Statistics show that recent conflicts in countries close to Europe have led to a greater number of people applying for asylum in the UK and figures show that of those applicants in 2015, more than 3,000 were children.

The Fostering Hope project learned from TACT that while the UK has generally been welcoming to refugees, few people were approaching the agency with a view to adopting those children who arrived in the country alone and existing foster carers were also more reluctant to offer places to refugee children.

All the research with TACT prior to the launch of the Fostering Hope project suggested that this reluctance was largely due to current social stigma surrounding immigrants in general and that foster carers were nervous about their ability to fully support children with different social and/or religious needs.

In order to challenge existing preconceptions and stereotypes, the project team concluded that empowering accounts of the everyday lives of child refugees were required in order to achieve better public awareness and understanding of those things which were important. In order to get those accounts, the project felt it needed to find a medium which would both reflect the competence of young refugees and encourage their involvement.

Photo-voice is a method that has previously been used with marginalised groups and was considered a good fit with the project’s aims of this project. The methodology also enabled researchers to communicate and engage effectively with a group of young people where English was not their first language.

A group of seven young people in foster care aged between 14 and 17 and originally from Afghanistan and Albania were given cameras so they could take photographs of things that were important to them in their day-to-day lives.

These photographs and posters of the project which were created as a result were then shared with their foster carers and also displayed in public places in order to allow people the opportunity to gain a better understanding of their lives. The images showed the young refugees adapting and thriving in their new homes and building relationships with their foster carers.

These stories were then shown to a group of foster carers attending a workshop who were given the opportunity to talk about their perceptions of fostering unaccompanied asylum-seeking children.

The project determined that the young people should be at the centre of the project from the start, having a voice through their photography.

The intended audiences were, first and foremost, TACT’s existing foster carers and a broader public audience to help TACT recruit future carers. Posters were exhibited at Bristol’s Celebrating Sanctuary Festival and the initiative was supported by Bristol Refugee Rights. Posters were also displayed at The Edge public arts space in Bath.

Ensuring the young people were central to the project and working with TACT from the outset, meant formative evaluation was relatively straightforward during the project as the research team could openly talk about how the project was progressing (positives and challenges), what the experience was like for the young people and how the sessions might need to be developed to suit their interests and needs.

The project team continues to seek the views of the participating young people in retrospect, running a debriefing session with the project. TACT is also in discussion with its foster carers to understand how the project has impacted on their perceptions of refugee children and what they thought about the project as a whole. Data has also been gathered about the attendance and interaction with the project exhibition at the festival, in the Edge.

The research team believes the project gave momentum to a sustained collaboration between the University of Bath and TACT, and resulted in two training days in 2016 that focused on psycho-social approaches to supporting refugee children. This training has also been made available to TACT foster carers and social workers across the south west of England.

For further information, please see the University of Bath's webpage, contact Justin Rogers, or listen to our interview with the project team.