Shortlisted for the NCCPE Engage Awards 2016 in the Engaging With Young People category. 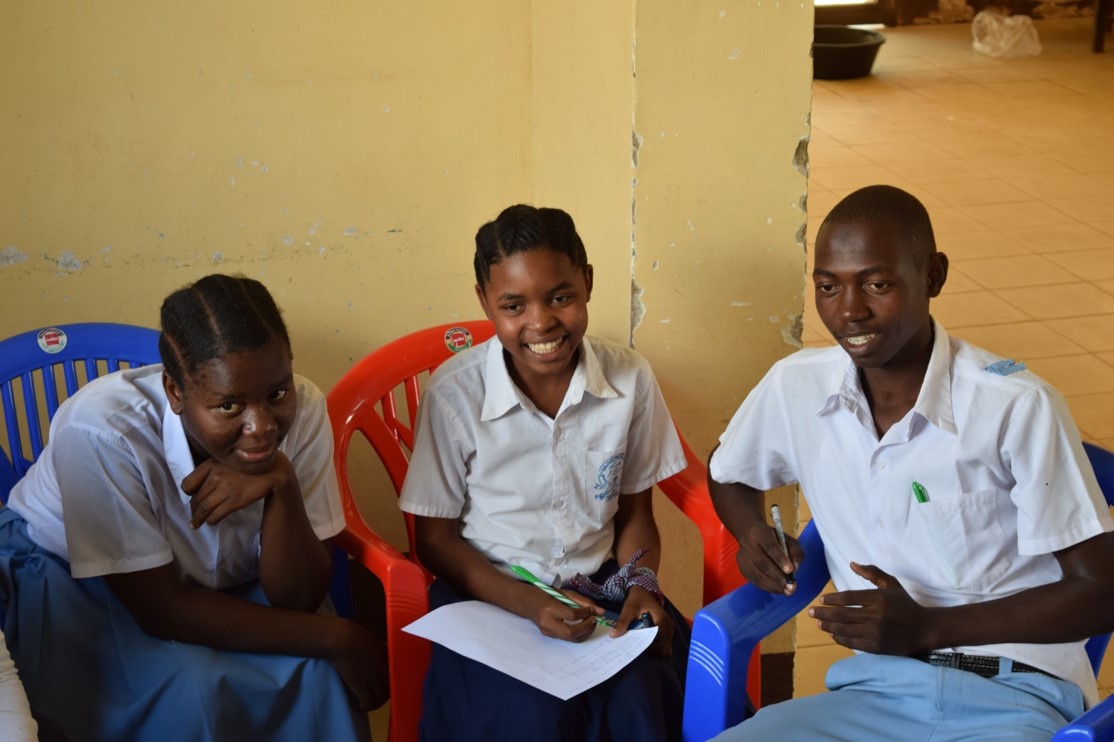 Rabies is a horrific killer across Africa, accounting for around 25,000 deaths every year. Many of those deaths could be avoided through vaccination of individuals after a suspected rabies exposure, but vaccination costs are high and often beyond the financial reach of poorer rural communities. This project, led by researchers from the University of Glasgow and Ifakara Health Institute, worked with some of Tanzania’s poorest communities to find the best way of getting the prevention message through in order to change lives.

Rabies, which is usually passed on through a dog bite, is relatively easy to prevent if people are able to recognise the clinical signs of an infected animal or, if having been bitten and are at risk, have been informed on the steps they need to take to prevent infection.

One of the tragedies of the disease is that in many cases infection and death can be avoided if the wound is immediately cleaned properly.

This project was part of the Communities Against Rabies Exposure (CARE) project coordinated by the Global Alliance for Rabies Control and funded by the UBS Optimus Foundation. The Tanzanian component of the CARE project was led by the University of Glasgow.

As youth is most affected, the project aimed to empower young people and communities in rural Tanzania to prevent rabies by helping them to identify the barriers to taking action and then devising joint solutions to overcome them.

A key objective was to not only engage schools, but also to assess whether the project would enjoy greater success by engaging the wider community and finding more culturally relevant ways of communicating with children and young people.

In achieving both these aims, the project team hoped to see a noticeable reduction in both the numbers of rabies cases in the communities where it was working and also in the number of people who became infected having been exposed to the disease.

Although rabies is a disease which is preventable, it is obviously also potentially fatal. Most commonly, the disease is caused by a dog bite, but there is a disconnect between knowledge about prevention and effective action in communities.

Measures often focus on education in schools, but many young people in rural Africa do not attend school or do so irregularly. Socio-economic factors, such as high costs and long distances to facilities, often exclude children and their parents from accessing emergency vaccination. This project presented a major opportunity to involve young people and their peers in contributing to, and taking ownership of, low-cost solutions.

The research compared traditional approaches where young people were given information in schools, with a more iterative approach in which the whole community, public and professional, became involved in forming a support network to prevent rabies. As consultation with the beneficiaries formed the core of the research methodology, the project went beyond awareness and became a more inclusive piece of work, involving the participants in driving a research agenda that delivered mutually-beneficial outcomes and formed long-term health benefits.

The research targeted children and young people, and compared the impact of delivering rabies information in schools alone with the benefits of taking a community-wide approach to sustainable prevention.

To date, the research has taken place in six Tanzanian villages with limited access to life-saving rabies vaccination. In three of the villages, information was delivered in schools only. In the remaining three, a broad cross-section of community stakeholders were engaged in identifying locally-relevant solutions to preventing rabies in their young people. Each stage of the research was based entirely on public engagement, and the project as a whole assessed the value and impact of this two-way communication.

The team identified a need for social science and community development approaches and resources to address this problem, to ensure communities felt part of the research and the solutions. Interventions are often implemented without first establishing that the research question is relevant to the proposed beneficiaries. To consult communities, the project team therefore incorporated a pre-intervention stage, which is generally neglected.

Interactive resources included Ketso mats which involve “leaves”, on which participants write or dictate their ideas. This helped participants from a range of backgrounds express their views anonymously, without fear of criticism. Young people were also engaged through a rabies song competition, supported by professional musicians and informed by the work of Feliciano dos Santos who uses music to mobilise communities in Africa. Music is a vital tool for awareness in Africa, and radio is accessible to most people, even in remote areas.

Through multi-stage stakeholder analysis, information in each stage informed the stakeholders involved in the next. Household surveys and interactive workshops identified the type of local stakeholders who could engage young people in preventing rabies, and a second set of workshops engaged representatives of these groups in rural villages. These stakeholders helped identify the best methods for engaging the young people, the ultimate beneficiaries.

The initial workshops also identified health, veterinary and dispensary staff who could help overcome barriers to prevention in young people. The project also engaged local motorcycle taxi companies who could not only help to coordinate emergency transport so rabies victims could access health services, but whose drivers were themselves some of the young people the project wished to engage.

The project’s in-country research partner, Ifakara Health Institute in Tanzania, led the research project on the ground, providing essential community development expertise and local knowledge. The research also benefited from extensive national-level networks of partners, including collaboration with the Ministries of Health, Agriculture and Education. They helped identify issues and potential solutions, and will be critical in embedding lessons learnt from the process into improved delivery of health care.

Teachers attended a workshop where they were trained to deliver and evaluate rabies information in classrooms, so that they themselves could raise awareness and provide part of the evaluation data. Community participants in three villages took part in a final workshop to discuss how they could help young people prevent rabies as part of their daily routine.

Feedback forms were completed by all workshop participants on how useful they found the interactive process. A knowledge, attitudes and practice (KAP) survey was conducted in all households in all six villages, and also in schools, and was repeated at the end of the project.

In schools, teachers themselves were trained to conduct the post-intervention KAP survey after they delivered the rabies information to their classes. The data will be used to compare changes in rabies knowledge and practice in the study villages.

Initial household surveys and school data will help establish how many young people and children were reached. The project has access to hospital records to monitor any decline in dog bites as a result of the intervention.

The results of each stage of the consultation informed the next stage, so that potential participants identified in stage one became actual participants in stage two. Household surveys helped locate young people and those who most influence them. Key informant interviews with health and veterinary professionals highlighted communication gaps within and between sectors, and with patients, and this then informed a workshop to produce a set of information and communication guidelines, and laid the foundation for informal partnerships with transport providers.

The final data evaluation will help assess the effectiveness of involving the community in children and young people’s health compared to a more traditional option of working only with schools.

Through consultation, the team learned that the beneficiaries should not simply be recipients of scientific information, but should play a critical role in expressing their concerns and shaping the research agenda to make it relevant to their needs. Those early engagement processes have since been incorporated into all future research, to help ensure the questions that are asked have real impact on needs in the communities they are intended to serve.

Through this, it also became clear that this process can help researchers become a link between community needs, policy and resources and that future work therefore needs to take the consultation one stage further to help bridge communication gaps between village stakeholders, government representatives and politicians.

The research team hopes to build on the lessons learned around methodology to take the research a stage further. This will coordinate a process to assist communities in formalising low-resource prevention ideas into action plans.

The team is hopeful that these can be used to link communities with resources and broader networks, such as NGOs, decision makers and funding organisations, helping to locate resources which are beyond the communities’ own means.

The project will also seek to make more use of creative forms of engagement, such as the music-inspired approaches used by Feliciano dos Santos, with whom they are already discussing potential synergies.