Why we've signed the Manifesto?

"Public engagement is an essential way for today's universities to connect with society and earn their 'licence to operate', so I am delighted to make this formal commitment to it at Imperial. Many of our researchers, staff and students already work with public audiences, demonstrating great skill, creativity and passion. I look forward to Imperial building on their efforts and providing stronger support for them, and experimenting with new ways of engaging with a diverse range of audiences."

Our approach to public engagement

Imperial College London is committed to engaging with public audiences about the relevance of its research to society. This commitment builds on the skilled and creative ways that Imperial researchers and students already engage with public audiences, and is described in more detail in the final chapter of the 2010-2014 College Strategy.

Imperial researchers discuss their work with the public in collaboration with the Science Museum, as part of an exhibit about their discoveries in the Who am I? gallery. 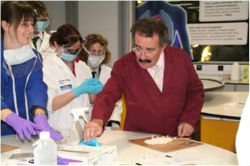 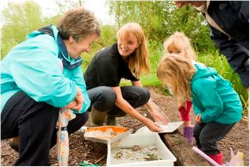 Imperial is a partner in the Open Air Laboratories Network (OPAL), which involves members of the public in research by encouraging them to collect data for local and national projects to build up a more detailed picture of England's natural environment.

Engaging with the public about low carbon vehicle technologies was an important aspect of Imperial’s Racing Green Endurance team's recent journey down the Pan-American Highway in their all-electric supercar. 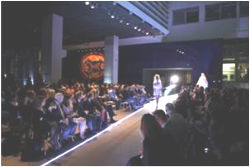 A pop-up catwalk in Imperial's Main Entrance to demonstrate spray-on fabric from the Department of Chemical Engineering inspired audiences from industry, academia, fashion and the media during London Fashion Week.

Clinical Senior Lecturer Mr Alistair Hart spoke with public audiences at the 2010 Royal Society Summer Science Exhibition at London's South Bank about his research on why some hip replacements fail.

The NCCPE is inviting every university and research institute in the UK to sign up to our Manifesto for Public Engagement.