Who: Young women, youth workers and a university researcher

Why: The focus of the research was on an allotment that a young women’s group runs through the summer months documenting their history and practices.

This case study is based on a participatory research project undertaken by a young women’s group in partnership with a university researcher. The group is for lesbian, bisexual and transgender women aged 14-25 years, and organises a range of activities and projects across a major UK city. The focus of the research was on the allotment that the young women’s group runs through the summer months. The allotment allows young women to meet, learn to grow fruit and vegetables, cook together and socialise in a safe space. Unusually for the group, which is generally for younger women, and partly because of the way the allotment was formed, it welcomes women aged over 25 and so often runs as an intergenerational space. The allotment plot had been transferred to the young women’s group by Pride Sports, which had been supporting it subsequent to the folding of the community group that had originally been running it. One member of the original group, who worked as a university researcher, remained and ended up becoming actively involved in the young women’s group as a result.

The research project emerged out of a meeting between this university researcher and another researcher at a national conference run by a funding body. They discovered they were both involved in food-growing community groups. Out of this encounter arose the ideas for a project and a successful funding application, initiated by the other researcher, which ultimately involved three academics and members of three community groups in different parts of the UK. The aim of the research project was for each group to work to find ways of documenting their histories and practices, and for the groups to participate in community exchange events, where both the process of the research, and the final products, would be shared. The allotment group decided to make YouTube videos; the other groups made a talking quilt and story boards.

With the exception of the two university researchers who were involved in two of the community groups, the individuals and groups were not known to each other in advance of the project. With this in mind, and the possibility of various logistical, administrative and ethical issues that might arise as a result, the project was planned with a fairly open remit: that the groups were to find ways to document their histories and practices. The intention was that there would be multiple outputs, including formats which would be directly useful to the groups - that is, not only conventional academic papers. 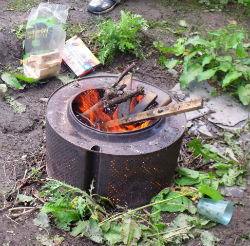 Ethical issues anticipated in the project

The three ‘action research projects’ were very much seen as extensions of the work of the existing activities of the community groups, with the university researchers ‘fitting in’ to the groups’ own norms and procedures for ethical practice. In part because two of the university researchers were already involved in two of the groups, and hence were aware of the groups’ own practices and procedures for dealing with ethics, the university researchers were happy to let the community groups take a lead on ethical practice. In the allotment project, it was also the case that the youth group often carried out peer research projects and so had experience of research and ethics. Thus, for instance, the decision was taken use the youth group’s own consent forms for the project.

Complied and written by Niamh Moore, Claire Holmes and Amelia Lee. For further details of this project see: http://www.likt.org.uk/activities/allotment/

However, the university researcher was aware that while YouTube videos might be familiar to the participants, they may be less familiar with more traditional academic outputs such as journal articles. Furthermore, the participatory and unfolding nature of the project meant that academic publications were not defined upfront. This meant that issues around consent in relation to academic publishing would need to be addressed separately and later as publications emerged, although with the added complication that the transitory nature of some of the people in the groups might add further complications to the process of consent. 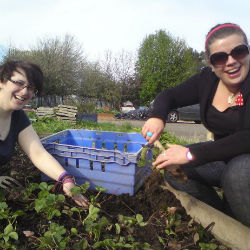 The distribution of ethical awareness and responsibility amongst the project partners

One example of an ethical issue that arose, and was professionally handled as a matter of course by one of the youth workers in the project, related to the question of consent in relation to the making of the YouTube videos. A first cut was shown in the youth centre, with the youth worker and the university researcher present, to see what the young women thought of the film, and to see if any changes were required by them. A few changes were suggested and were passed on to the video editor to implement.  However, the youth worker also noticed that one of the young women watching seemed uncomfortable about being in the video, and checked in with her privately about this. Subsequently the video editor was asked to take any images of her out of the final cut. It is unlikely that the university researcher would have had enough knowledge of the young women to pick up this, initially unspoken, discomfort. However, it was part of the everyday in-depth knowledges the youth worker had of the young women and part of her own daily practices to be attuned to, and responsive to, these signs.

At the same time, it is also worth noting that some young women would likely have already intentionally avoided the sessions where videoing was taking place, or made sure that they did not appear in the video, if they did not want to. This serves as a reminder that arguably these young women have been living with, and needing to address, issues of risk, harm and ethics, throughout their daily lives, in multiple contexts, and have developed competencies around assessing risk and harm. Thus ethical practice in the project was actually distributed across the group, even if unevenly. This does not necessarily mean that young women are always in a position to be able to bring about the best outcomes for themselves, and this recognition is not intended to suggest that the university researcher should be absolved of responsibility. Rather it is a reminder that the university researcher is not always in a position to recognise all the ethical issues, and may not always be best placed to address them. Here issues around participation and consent were not only addressed by the university researcher, but also, and sometimes much better, by the youth worker, and at other times were managed by the young women themselves.

How much information to give the university researcher about young people’s personal lives?

Relatedly, the university researcher’s lack of detailed knowledge can also contribute to situations where she is possibly made vulnerable, and to situations where youth workers are forced to make ethical decisions around this. To expand on this, the youth workers on the project are aware of young people’s issues, from their behaviour in the wider group to incidences of current or past abuse in the young people’s lives. As a volunteer on the allotment sessions, however, the university researcher had limited contact with the young people and so did not attend staff/volunteer meetings and was not included in child protection briefings. As the project developed, decisions about what and how much information to disclose about members of the group to the researcher needed to be taken. This was both to protect the young women in the group and in some cases the researcher. 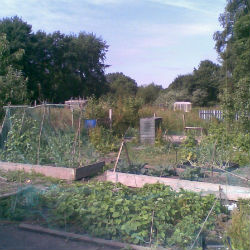 Learning from the experience of working with these ethical issues

Some of the key ethical issues raised in this project are around questions of who does ethics and who has responsibility for ethics. What this project makes clear is the multiplicity of ethical frameworks, approaches and professional guidelines across the project. In academic research, related disciplinary ethical guidelines and ethical review practices within universities, there is often an assumption that responsibility for ethics lies only in the hands of university researchers. There are often related assumptions that the university researcher is in a powerful position in relation to community researchers and research participants, who are thus more vulnerable in the research process. Yet in this case the youth worker and young woman are also ‘co-researchers’ and the young women’s group is located in its own ethical contexts, of youth work, even if youth work ethics is not necessarily always as codified as some of those of academic disciplines, or as academic ethical review boards. At the same time, youth work also negotiates more explicitly legal frameworks, around working with those under the age of 16, and with child protection issues for example (so that the university researcher had to have a Criminal Records Bureau check). Arguably the professionalization, or bureaucratisation, of ethics in university research has tended to produce an account of ethics, that does not correspond well with the complex operation of ethics in community-based participatory research. Here a more dynamic account of how power moves and shifts in the process of a participatory research project, as well as a recognition of the multiplicity of ethical frameworks in play, might be more appropriate for understanding how and when ethical issues might arise, and how they might be appropriately addressed.

Some of the main learning points include:

1. This research project worked within the ethical and procedural norms of the youth group (based on youth work ethics). These did not explicitly cover matters relating to academic publications, which might include permission to use quotations and findings, as well as questions of how to credit contributions and attribute authorship. What might be the advantages and disadvantages of developing a specific ‘ethical agreement’ at the start of the research that addressed matters of academic publication, as well as making explicit the youth work norms regarding confidentiality, child protection and so on?

3. One of the learning points relates to the importance of recognising the vulnerability of all research partners and participants, including the university researcher. What might be the implications of this for how research is supported and conducted?

Complied and written by Niamh Moore, Claire Holmes and Amelia Lee. For further details of this project see: www.likt.org.uk/activities/allotment/ 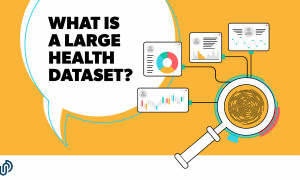 Why do you need my data? A co-creative approach to enriching public dialogues around health data

15 / 11 / 2022
The Understanding Patient Data (UPD) team discuss the ideas and co-creative approach behind their new, co-created guide on the use of large patient data sets.
Read more 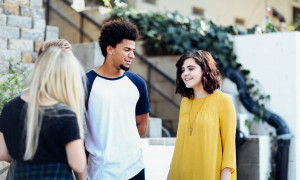 08 / 11 / 2022
The NCCPE and University of Westminster are undertaking a research project to better understand how universities engage with communities through learning and teaching.
Read more

Lessons learned by people working intensively in the practices of researchers in ethics.
Designed to be used in conjunction with the guide to ethical principles and practice.

Join us for this free, online workshop on evaluation, sustainability, and making a case for the value of engagement.