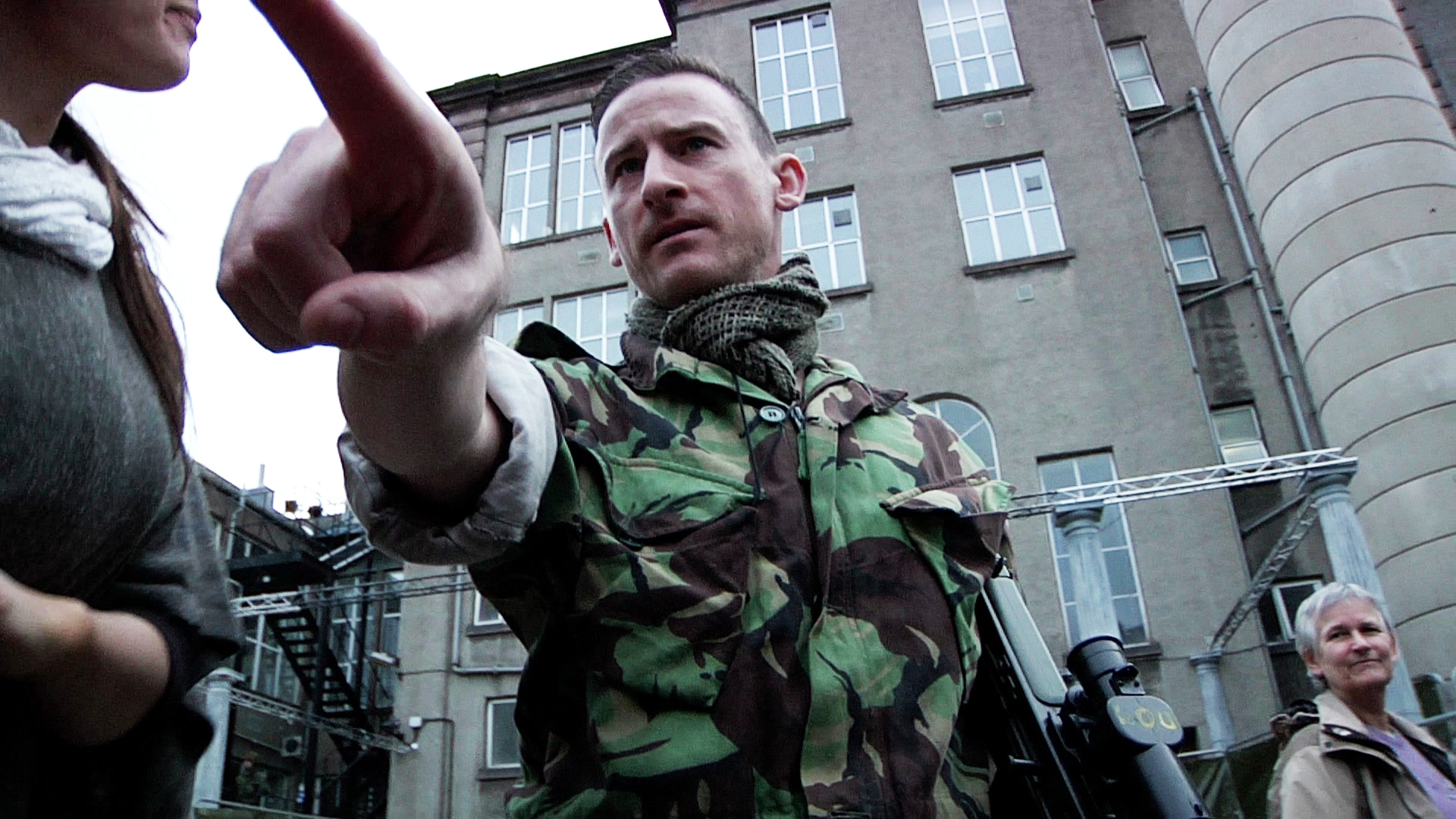 An unknown pathogen ravages Scotland’s capital, turning the unlucky souls into bloodthirsty ambling beasts. You are one of the last uninfected citizens in a city under martial law, cut off from the rest of the UK. Now, with help from real scientists, you have only hours to decide how to save Edinburgh, and perhaps the world. The Enlightenment Café: Deadinburgh, produced by LAStheatre, introduces the audience to the worlds of epidemiology and biomedical science through a night of immersive theatre. In a theatrical world, with actors playing the infected hordes and besieged soldiers, the audience meet genuine scientists using real science to solve a fictitious disease. In the end the audience must decide whether to destroy the city, cull the infected, or search for a cure; the fate of the city is in their hands. Through the outbreak of a zombie epidemic Deadinburgh asks ‘what does it really mean to be human’ whilst offering parallels with real life science and procedures for managing disease outbreaks.

Deadinburgh is a creative partnership between LAStheatre (an award-winning theatre company) and some of the UKs finest researchers across public health and the biomedical sciences. It has engaged an audience of over 1,000 people, helped by a creative PR campaign, which included spine tingling promotional videos and flash mobs style stunts on the Royal Mile. The first show of its kind: a unique mix of immersive theatre and science communication. The show was awarded a total budget of £23,500 from a mixture of arts, science and private funders. There have been many spin offs from the project, for example a partnership between the BBSRC and LAStheatre was formed to create an Science and Maths educational resource based on Deadinburgh.