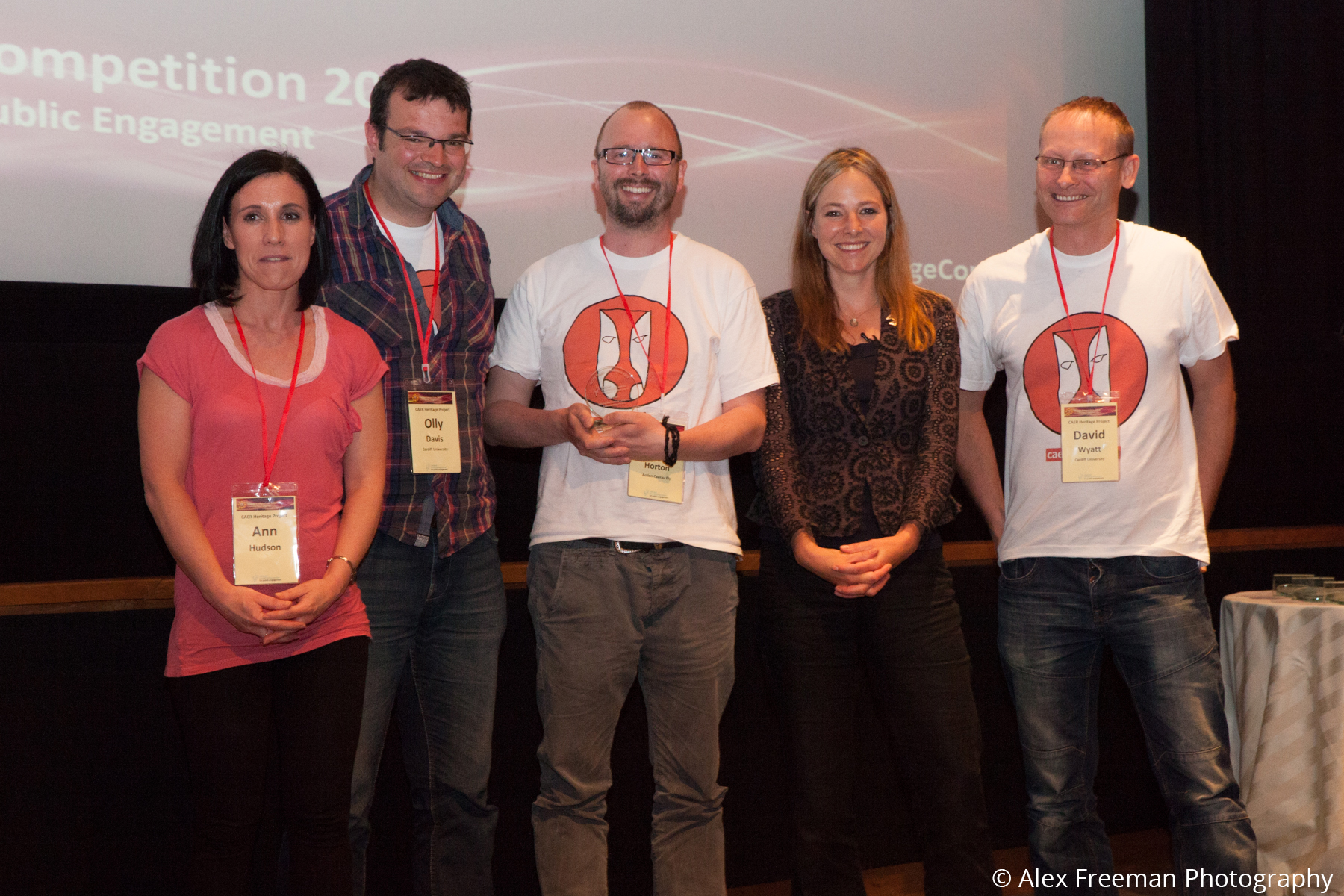 Nestled deep in a West Cardiff suburb, surrounded by houses, is one of the most important, yet little understood, prehistoric monuments in the region – Caerau Hillfort. In 2011, archaeologists and historians from Cardiff University teamed up with local community organisation ACE (Action in Caerau and Ely), local residents and schools to establish the CAER Heritage Project, in order to explore Cardiff’s prehistoric past and put local people at the heart of cutting-edge research. Surrounded on three sides by the housing estates of Caerau and Ely, the ramparts of Caerau hillfort are hidden beneath woodland, meaning many people don’t even realise it is there.

The estates that surround the hillfort are home to more than 25,000 people and, despite strong community ties; many local residents are burdened by significant social and economic deprivation, particularly high unemployment. From the outset the project’s key objectives have therefore been to employ archaeology and history to develop educational opportunities and to challenge stigmas and marginalisation associated with these communities. The project has involved community participants in a variety of co-produced projects, including geophysical survey, Iron-Age themed art installations, museum exhibitions, adult learners courses, heritage trails and a large-scale community excavation.

The CAER Heritage Project approaches the aspiration of co-production critically and is mindful of potential issues around power, politics and participation, placing an emphasis on community assets. To date the project has involved a myriad of non-HE partners (primary and secondary schools, community groups, youth workers, community development workers, local residents, the National Museum of Wales, Cardiff Story Museum, the Glamorgan Archive, Cardiff Council etc.) alongside academics, undergraduates and postgraduates from a range of disciplines at Cardiff (history, archaeology, social sciences, Welsh). Many of the projects outcomes and impacts have organically evolved from these relationships and include for example (i) pupils producing museum exhibitions, performances and artwork, heritage trails school projects and even participating in a Timeteam programme; (ii) large eco-graffiti art installations, puppet shows, heritage trail designs and the creation of an Iron-Age themed mural with local young people excluded from school; and (iii) the creation of a series of heritage trails involving early career academics from history and the social sciences (Dr Kate Moles and Dr Stephanie Ward) working in partnership with professional artist Paul Evans and a range of local community groups to collect local memories, folklore and knowledge to populate those trails.